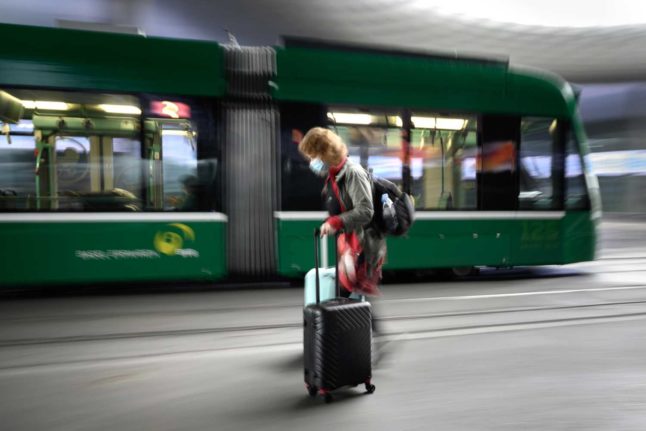 A woman in a mask walks along a train platform in Basel. Photo: FABRICE COFFRINI / AFP

The decision to extend the deadline – which had been set at December 20th – was made due to a growth in infections.

“The epidemiological situation in Basel-Stadt has improved slightly, but remains very demanding,” said a spokesperson from the municipal authorities, reports 20 Minutes.

The state council said more needed to be done on the part of the populace to reduce the number of cases.

Restaurants, cafes and bars will be required to stay closed under the extension, but work and school canteens along with hotel restaurants for guests and street kitchens will be allowed to remain open.

READ: Switzerland's test positivity rate 'among the worst in Europe'

Restaurants and cafes will be allowed to serve takeaway food, although is be a curfew on takeaway services from 11pm to 6am.

Casinos and other gaming rooms are closed.

Non-professional sports clubs will no longer be allowed to train.

Events are to be restricted to 15 people.

Beauty service providers such as hairdressers and massage providers will be allowed to remain open.