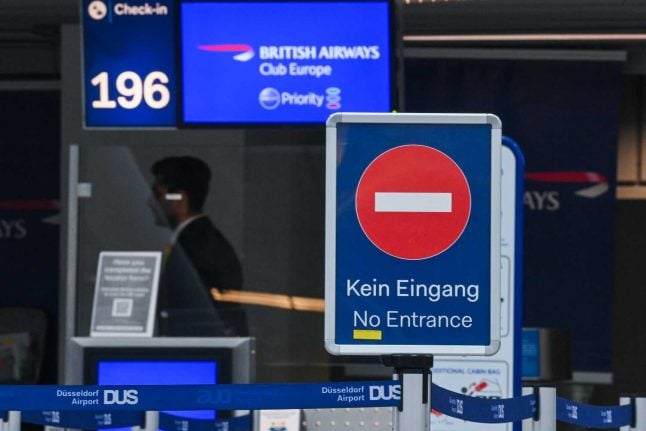 Switzerland, where daily case numbers are at a high level, has found the mutation in 28 samples — all people who arrived from Britain, or people with whom they had been in contact.

“This new variant could behave like a new pandemic within the pandemic,” Virginie Masserey, head of the health ministry's infection control department, told journalists in the capital Bern.

“That is to say it could spread exponentially and, indeed, add a new wave to the existing wave.

READ MORE: Switzerland promises everyone will be vaccinated by summer

“That's why it is very important to really respect the measures that are recommended, to really reduce the number of infections.” The new variant has been found in seven of the 26 Swiss cantons, including Zurich, Geneva and Bern.

“These mutant strains are now present in Switzerland and, according to scientific experts, they are much more infectious,” said Rudolf Hauri, president of the Association of Cantonal Doctors.

“Given that in Switzerland, the activity or the spread of the virus has been far too high for several weeks… we must absolutely try to delay the increased spread of this strain.”

If the new variant could not be controlled, tighter restrictions would be necessary, said Masserey.

Switzerland, population 8.6 million, has received its first 233,000 vaccine doses and expects to have more than 1.5 million by the end of February.

The wealthy Alpine nation has secured around 15.8 million Covid-19 vaccine doses, in deals with manufacturers Pfizer-BionTech, Moderna and AstraZeneca.

It recorded nearly 4,000 new cases and nearly 100 new deaths on Tuesday, taking its totals to 463,655 positive cases and 7,335 fatalities during the pandemic.