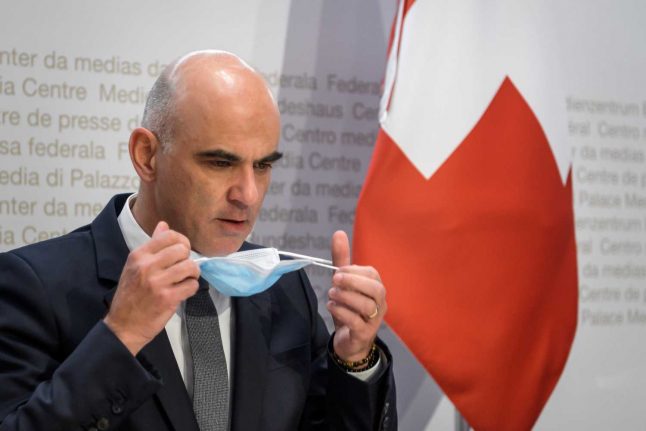 Switzerland on Wednesday planned to extend the closure of bars, restaurants and leisure facilities until the end of February in a bid to control stubbornly high Covid-19 case numbers.

“The situation is not good; frankly, it's bad,” Health Minister Alain Berset told a press conference in the capital Bern. The pandemic “is not decreasing and remains at a very high level”.

The restrictions, which had been due to last until January 22, are set to be extended for a further five weeks.

The government will consult the regional cantons on the proposals before a final decision on January 13.

Switzerland's pandemic restrictions have not been as strict as in other European countries.

The Federal Council said it could not see case numbers decreasing significantly in coming weeks and therefore envisaged extending the measures first imposed in late December.

Furthermore, the discovery of “new, more contagious” coronavirus variants in Britain and South Africa “increases the likelihood of an upsurge”.

Health officials indicated that the number — over 4,000 new cases each day — is too high. But it hasn’t risen dramatically in the past two weeks.

The chart below shows the current daily rate as of January 6th is well below the peak reached in mid-November but still much higher than in early autumn. 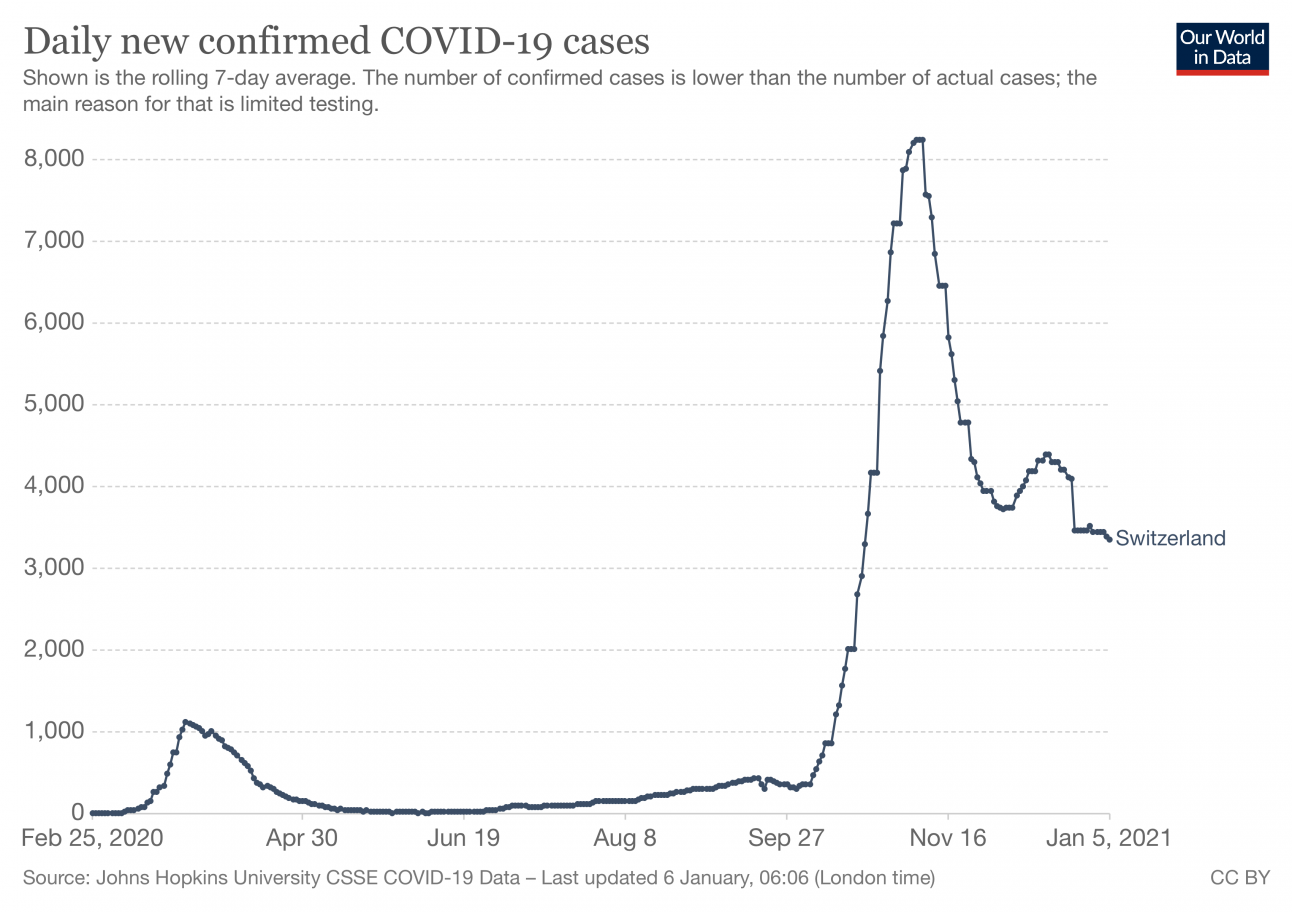 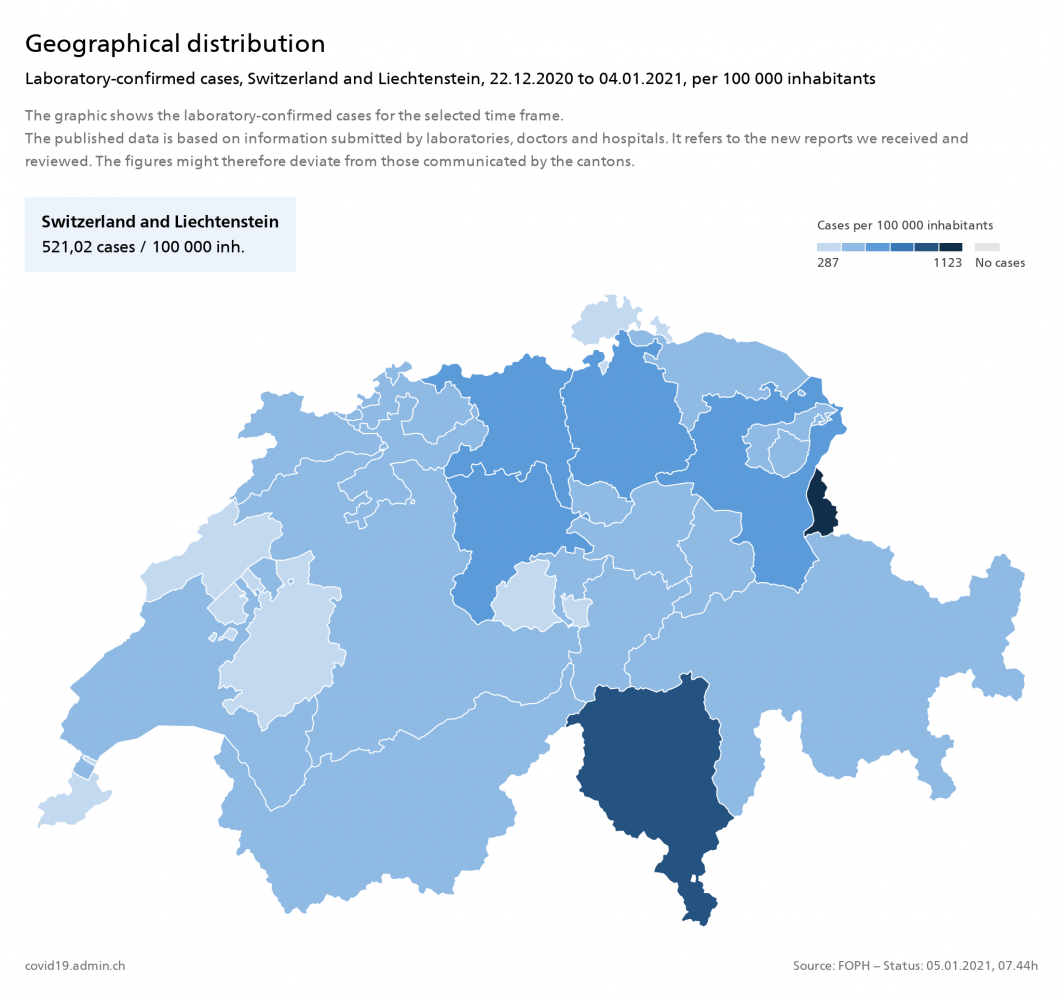 Curiously, Geneva, which in November reported the highest number of coronavirus infections in Europe, now records 341,38 cases per 100,000, falling well below the national average.

Economic help on the way

The government said it would take steps to mitigate the economic consequences of extending the restrictions.

From Saturday it was ending exemptions from the existing rules for cantons where the virus was less prevalent.

“The Federal Council thus wants to prevent shopping tourism and gastronomic tourism between cantons and strengthen acceptance of the measures,” it said.

Switzerland has found the new coronavirus mutation in 28 samples — all people who arrived from Britain, or people with whom they had been in contact.

“This new variant could behave like a new pandemic within the pandemic,” Virginie Masserey, head of the health ministry's infection control department, said Tuesday.

With the doses already received from manufacturers, Switzerland can vaccinate the most vulnerable 2.7 percent of the population, said Berset.