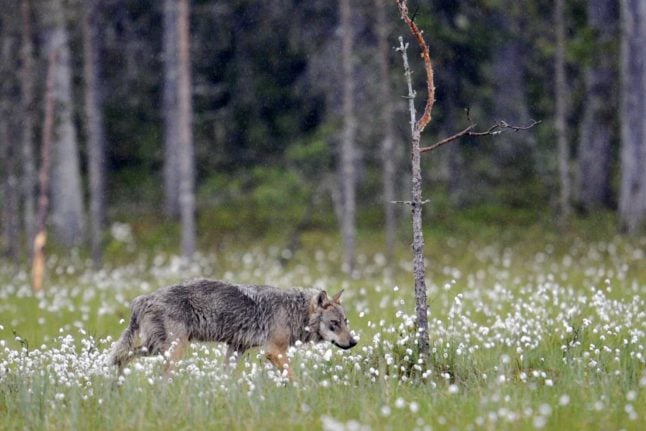 The Organization for the Protection of Alpine Pastures (OPPAL) is recruiting volunteers to ensure night surveillance of the herds on the pastures.

Permanent human presence discourages wolves from attacking the herds, according to Isabelle Germanier, who is responsible for OPPAL’s section in French-speaking Switzerland

“The wolf doesn’t attack people. Our mere presence is enough to scare him away”, Germanier noted.

Volunteers, will not be thrown to the wolves — Germanier  said they will be trained for the job at hand and will also be given tools to make noise which scares the wolves away.

Since the association’s launch on February 16th, Oppal has already received 65 applications for the position of nighttime wolf scarer, but more volunteers would be needed for the job, Germanier said.

Ten packs have lately been spotted in Switzerland: seven in Graubünden, two in Valais (Val d’Anniviers and Chablais Valais regions) and one in the canton of Vaud (Marchairuz region).

Solitary wolves roam the cantons of Fribourg, Ticino, Schwyz, St. Gallen, Solothurn and Geneva. The total population is estimated between 80 and 100.

You can apply for the position here.