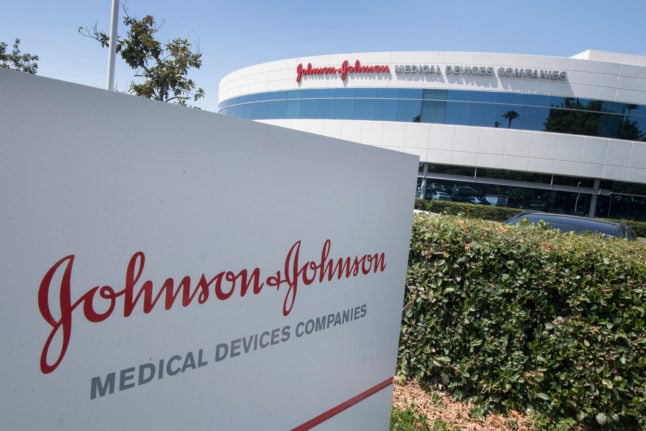 On Monday, the Swiss Agency for Therapeutic Products, Swissmedic, gave provisional approval for the vaccine manufactured by Johnson and Johnson.

This made it the third vaccine to be approved in Switzerland after the jabs from Moderna and Pfizer/Biontech.

Some of the advantages of the Johnson and Johnson vaccine are that it is much cheaper than those already approved in Switzerland and consists of only one rather than two doses.

The vaccine also has an advantage over some others as can be stored frozen at -25 to -15 degrees and transported at 2 to 8 degrees. Once removed from the freezer, the unopened vaccine can be stored in the refrigerator for up to three months.

Swissmedic said the vaccine had a 66.9 percent effectiveness rate in trials.

A provisional approval – does this mean we can speed things up?

Unfortunately not. While Swissmedic has approved the vaccine for use in Switzerland, the Swiss government is yet to sign a vaccine supply contract with the manufacturer.

In total, 35 million doses have been ordered.

READ MORE: Why has Switzerland ordered over 35 million doses of coronavirus vaccine?

While there were reports in February that Switzerland was hoping to sign a contract with the manufacturer, Swiss health authorities confirmed in mid-March that the expected summer delivery of the vaccine would be too late to fit into Switzerland’s plans.

Health authorities decided not to use this vaccine because it would only be delivered in the summer “and that is too late for us”, said Nora Kronig, vice president of the Federal Office of Public Health (FOPH).

FOPH had previously announced the country aims to inoculate “everyone who wants it” by summer .

Kronig also said Switzerland is focusing on Pfizer / Biontech and Moderna vaccines which use the so-called mRNA technology, “which is more effective, especially for vulnerable people”. Johnson & Johnson vaccine uses a different technology.

The government announced on Tuesday that it had bought an additional three million doses of the Pfizer vaccine, doubling the number on order to 6 million.

When making the decision not to purchase the vaccine, Swiss authorities were aware that the vaccine was likely to be approved in March.

There have so far been no indications that they will change their tune now that Swissmedic – an independent organisation – has approved the jab.

What are people in Switzerland saying about this?

The response in Switzerland has been understandably critical, particularly as experts considered the vaccine a possible “game changer” in Switzerland’s lagging vaccine rollout.

Some of the advantages of the Johnson and Johnson vaccine are that it is much cheaper than those already approved in Switzerland and consists of only one rather than two doses.

The vaccine also has an advantage over some others as it can be stored frozen at -25C to -15C and transported at 2C to 8C degrees. Once removed from the freezer, the unopened vaccine can be stored in the refrigerator for up to three months.

Cantonal health directors in Zug wrote to the federal government in a public letter that the decision was “incomprehensible” and may be effective to vaccinate people who are wary of mRNA vaccines.

“In the current situation, it is incomprehensible that the order for additional vaccines is being waived from the outset,” wrote Zug City Council President Karl Kobelt and town clerk Martin Würmli.

“The Johnson & Johnson vaccine has advantages in terms of distribution and could also appeal to sections of the population who are rather critical of mRNA vaccines. There are also indications that the vaccine could have advantages for certain mutations.”

Zug cantonal authorities acknowledged that there may be an underlying conflict of interest with regard to the vaccine, given that Johnson and Johnson is headquartered in Zug.

“The company is not only a major employer in the city of Zug, but also makes a significant contribution to the tax base of legal entities,” read the letter.