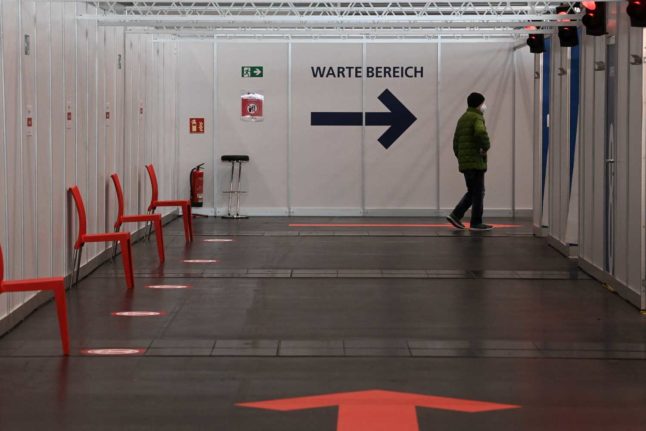 As at Friday, April 9th, 12,000 vaccination appointments for April are still vacant in the canton of Zurich, reports Swiss news outlet Watson.

This is slightly down from the 18,000 free appointments that remained on Wednesday.

With vacant appointments scarce in other cantons – and tens of thousands of Zurich residents wanting to get the jab – why are these slots going unfilled?

Zurich, Switzerland’s most populous canton, has been lagging behind the other cantons and the Swiss average when it comes to vaccinations.

As at April 9th, Zurich has administered only 15.6 percent of the vaccination doses which have been delivered.

The Swiss-wide average is 19.64 percent – a figure which is brought down by the slower vaccination rates in Zurich, which is Switzerland’s most populous canton.

Uri has administered the most vaccination doses, with 24.2 percent.

Do Zurich residents want to get vaccinated?

It appears that part of the reason for the slow rollout is reluctance on the part of Zurich residents to get the jab.

One in eight of the available appointments for the month remains vacant – or roughly 12,000 out of 90,000 those available.

The situation is different in other Swiss cantons.

In Bern – the nation’s second most populous canton – there are no remaining free appointments.

Gundekar Giebel from the Bern health department told Swiss news outlet Watson “We are happy if we can switch on new ones soon.”

One of the major reasons for the vacant appointments is the lag in setting up the canton’s vaccination infrastructure.

As reported in Watson, while Bern switched on its internet registration platform on January 11th, Zurich didn’t do the same until the 29th of March.

Do they even know it’s vaccination time?

While Bern translated its vaccination info into 19 languages, used social media and distributed flyers in community newspapers, Zurich has not followed suit.

A representative of the Zurich health directorate told Watson that a similar campaign would be adopted sometime in the future in Zurich.

Another major reason is that while registrations are open to the general public in Zurich, the actual appointments are restricted to people from risk groups.

As yet, only people in health risk groups and those aged over 65 are eligible to get the jab.

More than 220,000 people have registered in Zurich, indicating that many members of the public are interested – but are not yet eligible.

Lina Lanz, from the Zurich health directorate, told Watson that opening up the appointments to a greater share of the populace – including to health workers – would fill up the vacant appointments.

“Health workers should also be able to get vaccinated at the end of April. If necessary, this vaccination group could also be brought forward, ”says Lanz.

Another major reason could be the relatively recent switch to vaccination centres.

Philippe Luchsinger, President of the Association of General Practitioners in Switzerland, said on Twitter that eligible patients would prefer to be vaccinated by their family doctor and may therefore be reluctant.

The Zurich Health Directorate hit back to say the vaccination centres were broadly part of the federal government’s vaccination strategy.