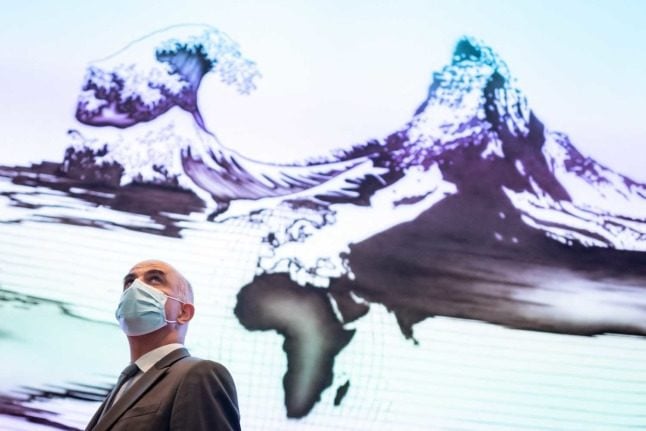 Swiss epidemiologists predicted that the highly contagious Delta mutation would become dominant in Switzerland, overtaking the other variants.

They just didn’t expect it would happen so quickly.

“The Delta will become dominant in our country within four to six weeks,” Urs Karrer, vice-chairman of the Covid-19 Task Force, said at the end of June.

From roughly 30 percent of new cases in early July, the variant accounts for 77.5 percent already on July 13th, according to data from the Federal Office of Public Health (FOPH).

At the same time, the number of new daily infections reported by FOPH on Tuesday stands at 483, triple what it was at the beginning of July.

Contact tracers in Zurich are attributing this spike at least partly to unvaccinated people returning to Switzerland from Spain, but also from Greece.

So far, the number of hospitalisations or deaths has not risen significantly.

Is there a way to prevent further Delta-related contaminations?

Health officials have repeatedly said that vaccination is the only hope of curtailing the spread of this variant, as the two vaccines administered in Switzerland — Pfizer and Moderna — are believed to be effective against it.

It is expected that the virus will spread mostly to those who are not vaccinated and, to a lesser degree, to people who have only had one shot of the vaccine, according to epidemiologist Volker Thiel.

As this FOPH chart shows the number of Delta cases has climbed dramatically.

The spread of the highly contagious Delta correlates with more new cases detected in Switzerland, which have tripled since the end of June.

To date, over 3.6 million people — about 41 percent of the population — are fully vaccinated in Switzerland.

That is not enough to develop herd immunity or to stop the spread of mutations, experts say.

The pace of vaccinations has slowed down in recent weeks, but the hope is that more people will get their shots after the holidays.

If that doesn’t happen, however, Switzerland’s vaccination coverage will be closer to 60 percent than the original target of 80 percent set by the government.