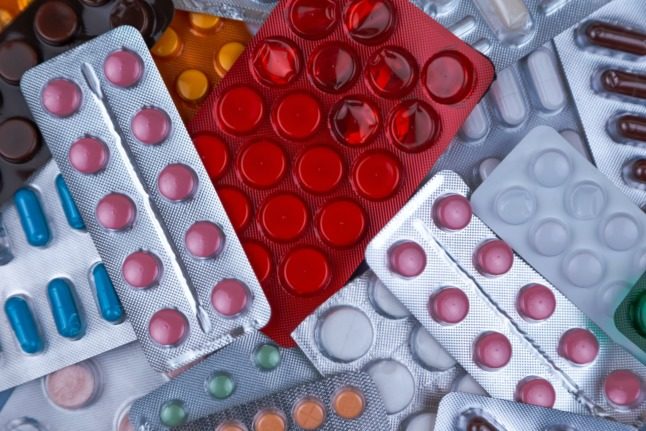 Prices of generic drugs are high in Switzerland. Photo by Volodymyr Hryshchenko on Unsplash

After a few days of variable weather, sun and blue skies are on the horizon for Saturday.

As far as temperatures, 28 degrees are expected in the north of the country and up to 30 degrees in the south.

By Sunday, however, weather will take a turn for the worse. “There will be heavy showers and thunderstorms”, even though a few rays of sun could pierce the cloud cover in the afternoon, according to meteorologist Roger Perret.

Temperatures will drop to between 22 and 24 degrees — still warm for the end of the summer.

More people are getting vaccinated

It looks like the immunisation campaign is finally picking up, with reports that more than 10,000 “first doses” were given in Switzerland in a single day this week — 1,000 more than the previous week.

The seven-day average is also increasing.

While a single dose in not sufficient to protect against Covid, those who received the initial shot will get the second one in about four weeks.

This development follows a ‘dry spell’, as the number of daily doses administered in Switzerland had slowed considerably in recent weeks.
As a comparison, at the height of the vaccination campaign in early June, 113,300 doses of vaccine were administered daily. The highest total this week was 23,300.

While more than 50 percent of Switzerland’s population is now vaccinated,  the country’s rate is still  below the European average of 54 percent.

Price of generic drugs is too high in Switzerland

The prices of even the cheapest generics in Switzerland are on average more than two and a half times higher than those in 15 other benchmark countries, according to Swiss price watchdog Stefan Meierhans.

He noted that generic prices are on average 165 percent more expensive in Switzerland. Those of brand-name medications whose patents have expired are 64 percent higher.

The reason is that in Switzerland, generic prices are determined on the basis of the cost of original medicines with the same active ingredients.

To bring the prices of generics into the range practiced in other countries, he proposes to put all the original drugs whose patents have expired and the generics in one group. A reimbursement amount is then determined based on an inexpensive generic.

Such a system would save at least 100 million francs in basic insurance, according to the price watchdog’s calculations.

In 2020, Switzerland had the highest monthly excess mortality rate since the Spanish flu in 1918 — including all seasonal flu peaks and heat waves.

For their study, the researchers looked back over 140 years, comparing the actual with the expected deaths on a monthly basis, and breaking them down according to age structure.