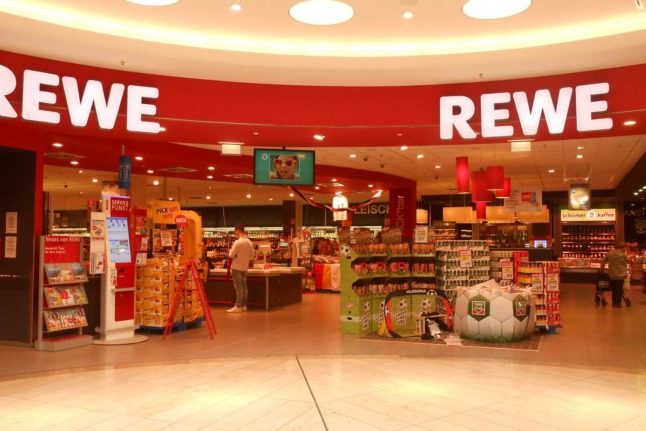 German retailer Rewe. Switzerland is set to change its tax rules for cross-border shopping. By Joehawkins - Own work, CC BY-SA 4.0

The current limit is 300 francs, under which VAT is not due.

The move has been approved by the Swiss Council of States, with the Federal Council yet to indicate a date upon which the measure will be implemented.

Shopping tourism from Switzerland to neighbouring states is worth an estimated 10 billion francs per year.

Lower prices in neighbouring countries has created an economy based entirely on cross-border shopping, with Swiss residents crossing daily to go shopping or fill up their cars.

The change has been made in order to give a boost to Swiss supermarkets and retailers, particularly those close to the border.

“It won’t go on like this. Our state will lose around 700 million Swiss francs in tax revenue.

“We have an enormous number of shops dying,” said Schönholzer.

The limit will only be put in place for people who spend less than 24 hours in cross-border regions.

For those who spend more than 24 hours over the border, the new 50 franc limit will not apply.

Any VAT paid by Swiss residents when shopping in the EU can still be claimed back, given that Switzerland is not in the European Union.