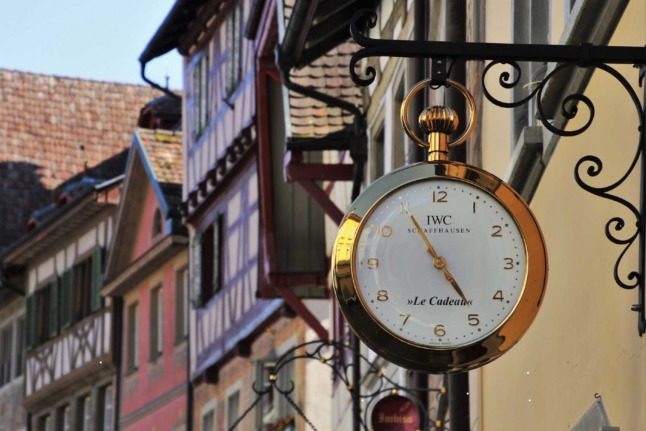 Switzerland will not be scrapping daylight savings time, despite public will. Why? Photo: Pixabay

On Sunday, October 31st, the clocks all across Switzerland were wound back from 3am to 2am.

The EU Parliament in 2019 voted strongly in favour of ending the practice, although it said it would leave it up to individual states as to when they wanted to make the shift.

In a statement made back in 2019, the Swiss Federal Institute of Meteorology said it would be following the lead of the EU in winding the clocks back for the last time in 2021.

A survey of EU residents from 2018 showed that 84 percent of people want to bring an end to the change.

Switzerland has a frosty relationship with daylight savings, having been the last European country to adopt the framework when doing so back in 1981.

Despite several attempts to reject the time change via referendum, it has remained in place since then.

While there was plenty of opposition to the move, it became a little too difficult to deal with time differences across the border among Switzerland’s neighbours – and the change was made.

At the time, Switzerland’s Federal Council said the change was made “in order to be able to match the timing of our country with that of neighbouring countries”.

In addition to the complications of the Covid pandemic, it appears that many of the same factors – i.e. the need for uniformity across borders – will again be a key factor.

In neighbouring France, for instance, parliamentary delays due to the pandemic has meant the issue is shelved. Given the extensive cross-border ties between France and Switzerland, any policy change would likely take place in unison.

Similarly, while Germany’s CDU campaigned strongly for an abolition since 2014, this has also been put on the back burner due to Covid and other concerns.

With the party no longer in power, this is also likely to hamper these efforts.

Switzerland’s Federal Institute for Metrology (Mats) said recently that the majority of the population wanted to avoid a situation where Switzerland became a ‘time island’, which could have significant social and economic repercussions.

Mats said in October 2020 that the decision would be made according to Switzerland’s best interests.

“Switzerland is following developments in neighbouring countries and will carefully examine whether any adjustment to the time regulation would make sense and would be in Switzerland’s interest. The existing time regulations apply until further notice.”

Therefore, whenever a change is made, this will likely take place in unison with the EU.

If it was abolished, which time would we go with?

Another major question is whether Switzerland would adopt winter or summer time.

Swiss news outlet 20 Minutes reported in October 2021 that although winter time is often described as the default time bracket, the majority of the public support a permanent shift to summer time, both in Switzerland and the EU.

Experts and researchers however are in favour of a permanent shift to winter time, which is perhaps why the question remains unresolved.