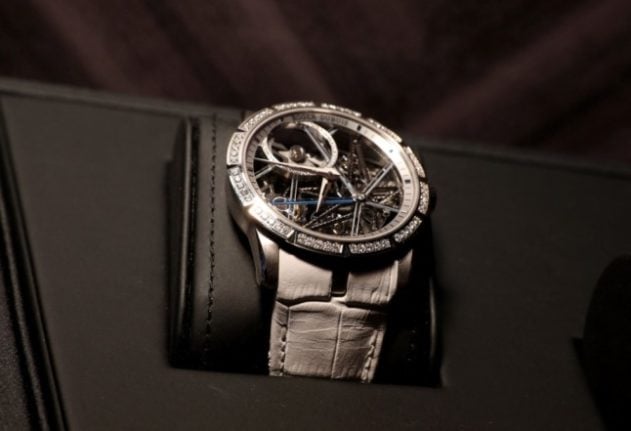 The scene worthy of a Hollywood action film unfolded on Wednesday evening in Bassecourt in the northern Swiss canton of Jura, just a few kilometres from the French border.

According to the Le Matin daily, six armed individuals had threatened the head of an unnamed watchmaking firm at his home and had taken his entire family hostage.

The family was then driven to the man’s company, where they were held at gunpoint in the car as the robbers entered the premises to steal gold and other precious raw material.

How much gold they made off with remains to be determined, according to the regional prosecutor.

Switzerland’s Jura region is at the heart of the wealthy Alpine nation’s famous watchmaking production, which often relies on gold, gems and other pricy materials.

When they were done, the robbers abandoned the family — unharmed but in a state of shock — along with their car in a nearby forest and drove towards the French border, the paper said.

But the robbers, fleeing in two vehicles, ploughed through one of the roadblocks, at Lucelle, and according to the paper, hit and injured a customs
agent.

The two vehicles were later found burned out in the French Belfort region, along with an MP5 submachine gun, it said.