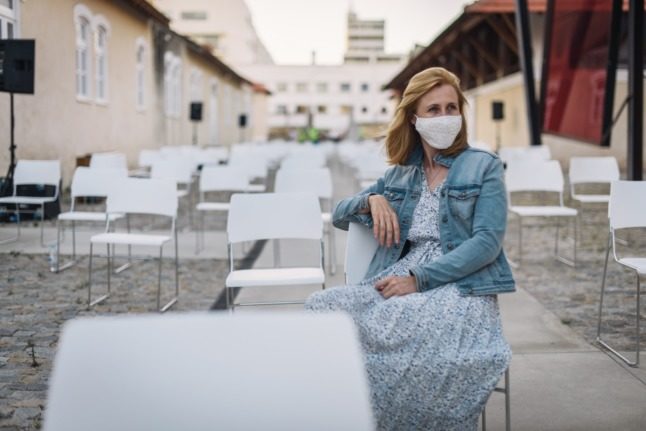 Social distance: More people in Switzerland ‘focus on themselves’. Photo by Maksym Kaharlytskyi on Unsplash

Even in the best of times, the Swiss are not known for being particularly friendly toward outsiders, including foreigners.

But the pandemic has made them less amiable, even to people in their social circles.

Social ties in Switzerland “have sunk to an all-time low”, according to a new survey, the Hope Barometer 2022, conducted by University of St. Gallen on behalf of the Swiss Association for Future Research (Swissfuture) and the Swiss Society for Positive Psychology (SWIPPA).

Covid restrictions and the vaccination have divided Switzerland’s residents in 2021, the study shows.

“On one hand, there was the ‘silent majority’, who got vaccinated and saw the measures as a quick way out of the crisis. On the other hand, the critics of the measures rebelled against the ‘state dictatorship’ and ‘vaccination pressure’. That left its mark on the solidarity of the Swiss”, said Andreas M. Krafft, study author and Swissfuture’s board member.

The willingness to help other people through difficult times dropped to 68 percent in 2021, from 72 percent the previous year.

The burden of Covid-19 has created social tensions, Krafft said, because after almost two years of non-stop pandemic, people are disillusioned and tired of the situation.

While in 2020, they showed a strong sense of solidarity in order to overcome the crisis, “now this fire of togetherness is largely extinguished. This causes people to focus primarily on themselves and expect more responsibility from others”.

The contentious issue of vaccinations has also impacted friendships and divided families, the study found.

“People trust others less because of differences of opinion on such fundamental issues”.

Is this lassitude and uncaring attitude specific to Switzerland?

While general conclusions can’t be drawn, some countries have managed to “stay together” during the pandemic to a greater extent than Switzerland, Krafft said.

“In Portugal, for example, there is still great social support among people”, he pointed out, attributing this cohesiveness to the fact that “a large majority of the population has been vaccinated and therefore there is less tension”.

But in Switzerland “many people feel left alone, with no sense of community”, he said.

The point of divisiveness was also raised by the new Swiss president Ignazio Cassis in his New Year’s speech, where he mentioned “a strong risk of polarisation” because of the pandemic.

“Coronavirus continues to strain the country. It makes us vulnerable and it carries insecurity. Sometimes it also isolates us”, he said.

The study demonstrates that the strain of the pandemic made Switzerland’s population less “social”, partly due to divergent opinions among pro and anti-vaxxers.

But what was the situation like before Covid struck?

A number of surveys carried out among Switzerland’s international community reported that many foreigners found it difficult to make friends with the Swiss.

One such poll, conducted by Internations in 2019, showed “perceived unfriendliness towards new arrivals”.

READ MORE: No friends and sky-high costs: The downsides of Switzerland for expats

The Local too has conducted surveys among its readers to find out whether, based on their own experience, the Swiss really are aloof and unfriendly toward foreigners.

One such survey indicates “the Swiss really do remain neutral when it comes to striking up new friendships”.

One longtime resident of Geneva, who is originally from the United States, found that most Swiss are not unfriendly or suspicious of foreigners.

Rather, they approach friendships the same way they do everything else: slowly and cautiously.

“It’s not in their nature to make friends immediately, like Americans do”, she said.

“The Swiss have the innate sense of privacy — their own and other people’s. That’s why it takes them longer to befriend someone and trust them”.

She added that this is more the case with the older generation accustomed to rules of social etiquette; “young people are more open and spontaneous in this regard”.