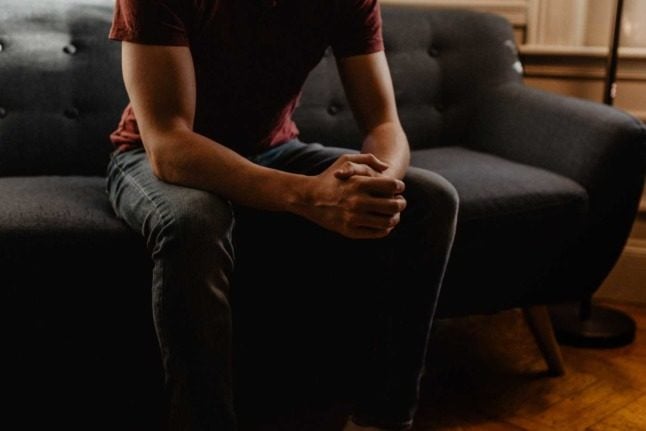 In September 2021, almost two thirds of Swiss voters approved a proposal via referendum to allow same-sex marriage in Switzerland.

The law will come into effect from mid-2022 onwards.

Despite this, therapies to “cure” homosexuality remain legal across Switzerland. Similar therapies have been banned in neighbouring Germany and France in recent years.

While actual instances of this therapy are relatively rare, there have been increasing calls for a ban in recent decades.

Why is ‘gay conversion therapy’ still legal in Switzerland?

The answer, as with many questions in Switzerland, comes down to the country’s federal-cantonal system along with conservative voices still maintaining a prominent role in society.

While several cantons including Basel, Bern and Zurich have indicated a desire to stamp out the practice, bans are difficult at a cantonal level.

Basel City has banned the practice, but authorities in Bern and Zurich believe that such bans can only take place at a federal level.

There is also political opposition to change, particularly among the right-wing Swiss People’s Party (SVP), which remains Switzerland’s largest and most popular political party.

David Trachsel, President of the young SVP, said such therapies should remain legal as they were not mandatory and were only made available to those who sought help.

“Anyone who wants help should be able to get it,” Trachsel told Swiss news outlet 20 Minutes.

Where such therapies were coerced, then Trachsel said bans and further consequences should be implemented.

“If the person takes part in such therapy due to external pressure, then this must be prosecuted.”

Sarah Wyss, from the Social Democrats, said the therapies were outdated.

“To describe homosexuality as ‘curable’ is catastrophic.”

“I don’t understand what there is to heal. Nobody is treated because they prefer to eat apples than bananas.”

She did however decline to advocate for a complete ban, saying such therapies should only be banned for minors.

“Especially in the case of minors, problems with sexual orientation can actually only be attributed to social conflicts.”

Will these therapies be banned in the future?

As yet, the legal validity of a canton-only ban has not been tested, although Bern and Zurich authorities believe a federal solution is needed.

The most recent effort to ban the therapies for minors only took place in 2016 federally, although the Swiss Federal Council at the time said it saw “no possibility or need for action specifically aimed at protecting minors from therapies against homosexuality”.

Authorities in Basel City have launched an initiative to have the practice banned, which may result in a federal vote on the matter.

According to the initiative, Basel City authorities want conversion therapy to be banned, those who practice it (i.e. therapists and preachers) to face bans and further consequences to be laid out for those who continue to practice it.

Trachsel said he opposed this plan as it led to a blanket ban on all forms of therapy related to sexuality, which could lead to people being prosecuted despite helping those who asked for assistance. 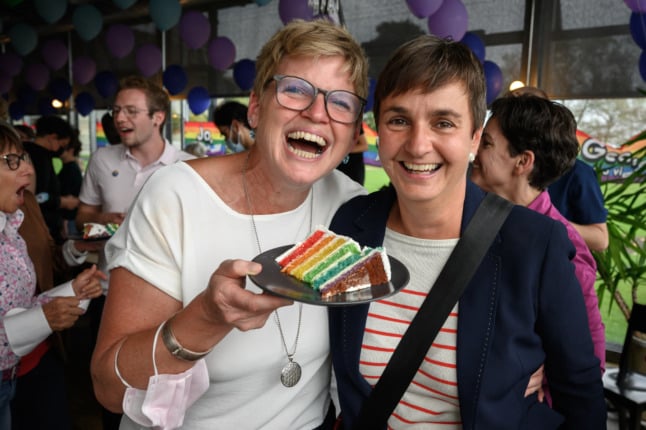 Among the first to get married were Aline, 46, and Laure, 45, who have been together for 21 years and converted their civil union into marriage at the plush Palais Eynard in Geneva.

Beneath a sparkling chandelier in a mirrored salon, and with a dozen or so close friends and family in attendance, the couple exchanged touching words recalling their years together and love for each other.

Holding hands throughout the ceremony, they signed the official documents, followed by their witnesses.

“I am now very pleased to announce that you are officially married,” said the Mayor of Geneva, Marie Barbey-Chappuis, who conducted the first ceremony in person.

The room burst into applause as the couple exchanged a kiss.

“It was very moving. It’s a big moment and sends a very strong message to society — being free to love and be loved,” Barbey-Chappuis told AFP afterwards.

“The symbolism was particularly strong and the emotion too”.

It was high time that marriage became perfectly equal in Switzerland. “It marks a moment in the history of Switzerland and of the institution of marriage.”

Switzerland is one of the last remaining western European nations to adopt same-sex marriages. The Netherlands was the first to make the change in 2001.

The Swiss government’s plans to introduce “marriage for all” were challenged by opponents, who successfully triggered a referendum on the issue that was held last September. But 64.1 percent of voters backed the introduction of same-sex marriage in he wealthy Alpine nation.

Switzerland decriminalised homosexuality in 1942. Before Friday, same-sex  couples could only register a civil partnership. However, that status does not provide the same rights as marriage, including for obtaining citizenship and the joint adoption of children.

READ MORE: Everything that changes in Switzerland in July 2022

Same-sex couples can now marry in civil ceremonies and enjoy the same rights as other married couples.

Same-sex foreign spouses are now eligible to apply for citizenship through a simplified procedure and same-sex couples are now permitted to adopt jointly.