The five most beautiful Swiss villages to discover by boat

Switzerland has beautiful villages and lakes which makes it a perfect country to discover and admire by boat. Here are five towns worth exploring from the water fronts.

Switzerland has 6 percent of Europe's freshwater reserves, and to confirm this you only have to look at the huge number of lakes dotting the Confederation.

Each of these lakes possesses a unique flair, and to discover them to the fullest we recommend a boat tour, starting from these 5 beautiful villages, all members of the "The Most Beautiful Villages in Switzerland" network.

In the heart of Switzerland we find Lake Vierwaldstättersee, commonly called Lake Lucerne. Here, in a gentle green patch of land, lies the hamlet of Gersau. In ancient times this municipality was a tiny independent state, remaining the world's smallest republic until 1817, when it was annexed to Canton Schwyz. This region enjoys a Mediterranean micro climate, so it is not surprising to find a rich vegetation of exotic flowers and plants. 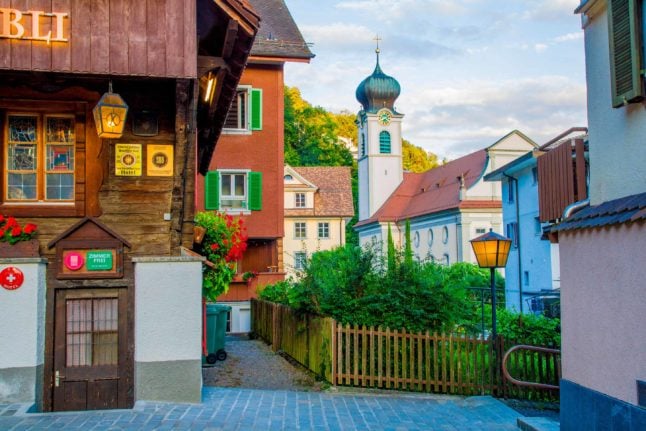 From Gersau it is possible to take an unforgettable boat tour on Lake Lucerne to other neighboring villages such as Beckenried and Kehrsiten or directly to the city of Lucerne. 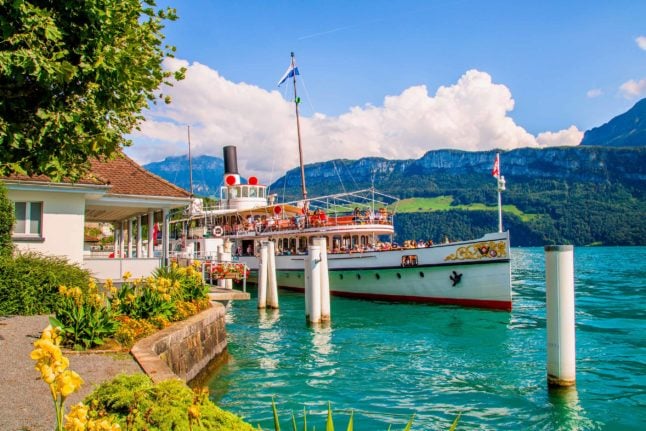 In the Lavaux region, one of Switzerland's UNESCO sites, the charming old village of Saint-Saphorin can be found among the vineyards. A few houses gather compactly around the church of Saint Symphorien, which gave its name to the village, which was once called Glerula. The square in the old town invites tourists for a stop, perhaps to enjoy an excellent fish dish and sip a glass of local wine.

Saint-Saphorin overlooks Lake Geneva, the largest lake in all of Europe that bathes the Swiss and French coasts. From here it is possible to reach the cities of Vevey and Cully by boat and even go as far as Lausanne.

Ascona is one of the most popular and well-known destinations in Switzerland, thanks to its mild climate and Mediterranean atmosphere. The lakefront is full of restaurants and bars where to enjoy an aperitif, while in the old town center we find many boutiques, stores but also museums and exhibition centers of some importance.

Going up the hill we then reach Monte Verità: a fascinating place that once served as a meeting place for those who followed an alternative life away from the hectic daily routine. 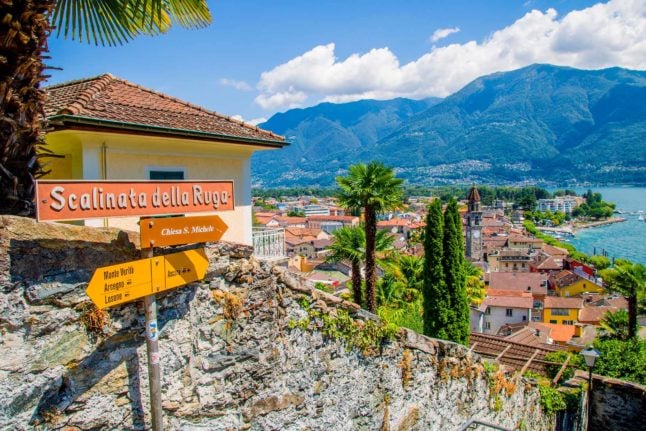 From Ascona it is possible to take beautiful boat tours on Lake Maggiore to nearby destinations such as S. Nazzaro in the Gambarogno or to the Brissago Islands, which are home to the only island botanical garden in all of Switzerland. 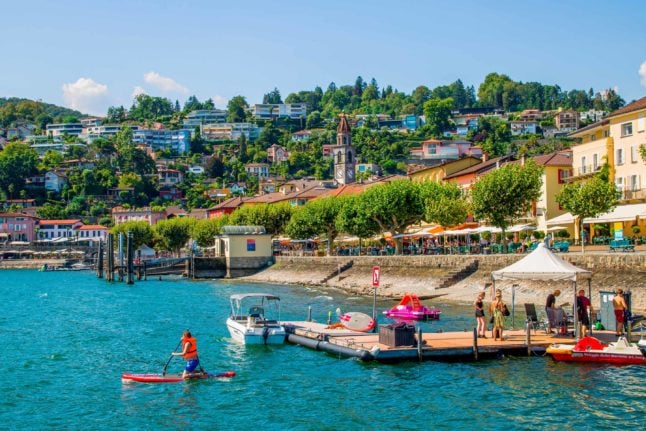 Erlach is a unique village overlooking Lake Biel. In the upper part of the town we find the old castle, which now houses a museum and school, and beautiful houses that gradually descend to the shores of the lake, creating a picture-postcard view. All around, the vineyard takes center stage, and there is no shortage of several wine cellars where wine tasting can take place. 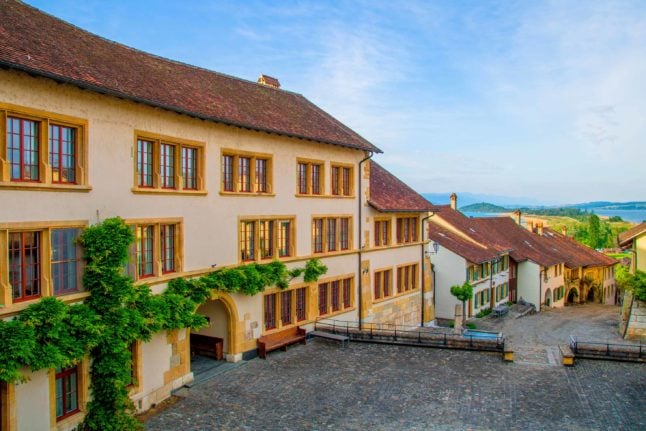 Lake Biel possesses a strip of land that stretches from Erlach for several kilometers to the island of St. Peter (now in fact turned into a peninsula), which was home for some time to the well-known philosopher Rousseau. From Erlach it is possible to reach by boat the beautiful villages of Le Landeron and La Neuveville, both members of the same network of “The Most Beautiful Villages in Switzerland”. 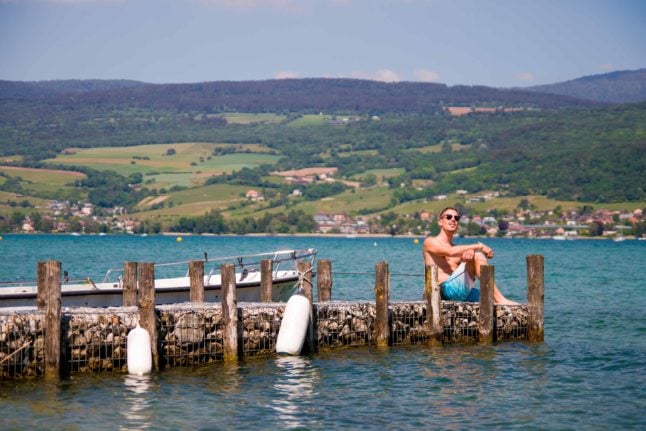 On the romantic Lake Neuchâtel, it is impossible not to notice from afar the small town of Grandson. Of great note are its colorful houses and the old St. Baptist Church, a national historic monument. Walking through the narrow lanes we will find ourselves in many small squares and nooks that are decorated and well-kept and all with jaw-dropping views of the lake. Grandson's star is its immense 11th-century castle, which houses an outstanding collection of arms and armor. 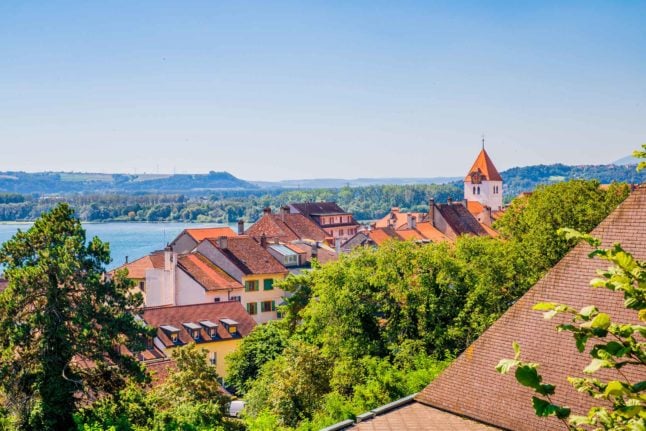 Lake Neuchâtel is an ideal summer destination for cooling off in its clear waters. In Grandson, for example, there is certainly no shortage of lidos and green areas to relax. On board the boat you can take part in tours and discover the secrets of the lake's preserved shores. 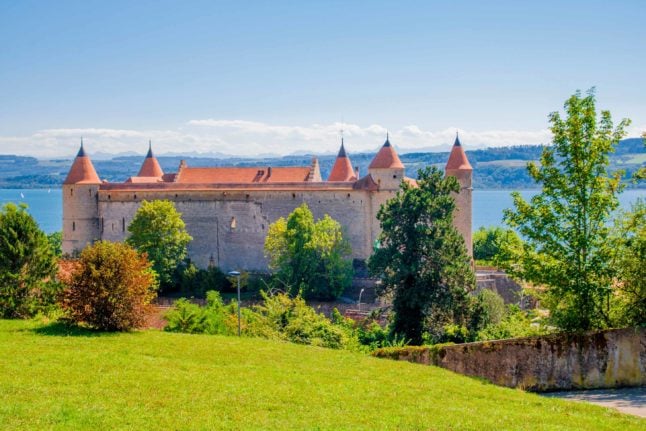 You can find out more about these 5 villages and many others by downloading the official "Beaux Villages" app for iOS and Android.