With its haunted houses and creepy castles, Switzerland can be a really scary place. So if you fancy some hair-raising, nerve-wrecking, skin-tingling moments this Halloween, we have just the thing for you.

Yes, Switzerland is all that. But this country also has a dark, sinister side, and there is no better time to discover and explore these truly creepy places than at All Hallows’ Eve.

The medieval alleyways of Bern’s Old Town are a perfect haunting ground for restless spirits. So much so that the city offers regular ‘Spooky Bern’ guided tours that can be taken all year round, not just on Halloween

By far the creepiest house in Bern is situated on Junkerngasse 54. Unoccupied for decades, the narrow building is said to be haunted by a woman dressed in black  (as spirits usually are) or a headless lady who appears at the window exactly at midnight.

The historic centre of Zurich is no less eerie than its counterpart in Switzerland’s capital.

As a matter of fact, it is known as the city’s “most spirited” walk (pun intended).

Switzerland-based English palm reader Reginald Dent will take you on a guided tour of the  "city's bloody past and of the phantoms it has left behind".

However, Dent forewarns that he “cannot be held responsible for any hauntings, chain rattling or poltergeist activity experienced by customers after participating in the tour. Any demonic possession is purely coincidental". 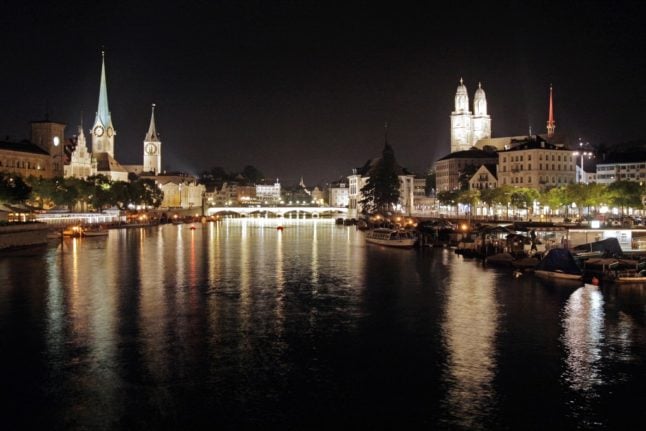 Zurich can be scary at night. Photo by FABRICE COFFRINI / AFP

Besides being an imposing landmark, the medieval fortress on the shores of Lake Geneva has two claims to fame: first, English poet Lord Byron immortalised the castle in his 1819 poem, The Prisoner of Chillon, about the imprisonment of the 16th-century monk, François Bonivard. The dungeon where Bonivard was chained can still be visited.

The second dark side of Chillon is the ghost of Agnès de Faucigny, a duchess and member of the house of Savoy. In 2014, a team of paranormal investigators attempted to summon the spirit, playing 13th-century music in the hope it would entice her out of hiding. Although they noticed a sharp drop in temperature in the armaments room and heard footsteps on the floorboards above their heads, the team did not see the ghost with their own eyes.

But that doesn’t mean that the ghostly figure doesn’t still roam the château — especially at Halloween. 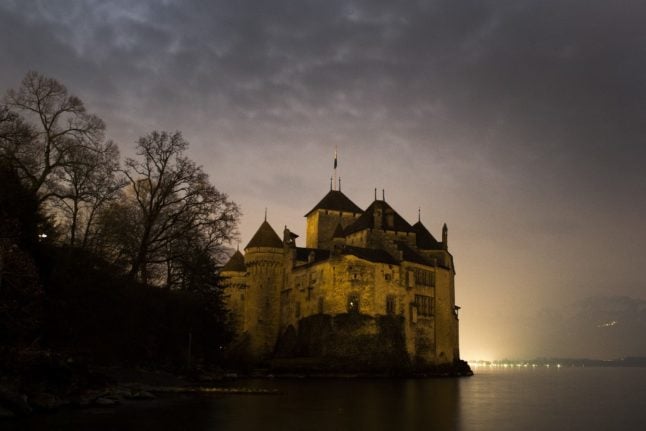 From its appearance on a mountainside near Piotta, it’s easy to believe that this imposing building is haunted.

Abandoned for decades, it is now in a state of decay. But for 45 years after it was built in 1905, the five-storey building with its own morgue was used to treat first the war-wounded, and then tuberculosis patients.

People report hearing strange noises emanating from within and other strange phenomena.

This 16th-century house has reportedly been haunted for 450 years by the ghost of David Joris – a Dutchman who was given sanctuary in Basel as a religious refugee, led a Dutch colony there, and became very wealthy.

When it was discovered after his death that he had actually belonged to a banned Anabaptist sect, his body was exhumed and the head cut off.

The ghost of a headless man accompanied by two black dogs is said to roam the building.

While not at all scary looking from the outside, this mountain lodge may be hiding dark secrets inside — if you believe one person who stayed there.

An Indian tourist who stayed at the house with a group of friends said they had witnessed otherworldly sightings there: a dark figure moving around, mysterious knocking on the door, and feelings of being slapped.

If you are brave enough, you can check out the veracity of this story yourself; in the very least, you will enjoy stunning views of the Bernese Oberland Alps that this house offers

Are you scared yet?