'Positive vibes': Why a Swiss company wants to employ a happiness officer

If you are looking for a new, mostly uncharted career path in Switzerland, you may want to apply for this highly unusual vacancy — but only if you have the right skills (and you're cheerful enough).

A law firm located in the Valais capital of Sion has an employment opportunity for a serious candidate — but not too serious.

Attorney Sébastien Fanti has posted a job advert on his social media, which is likely to make many people — including his employees — very happy.

His firm, Lexing Switzerland, has an opening for a CHO, an acronym he created, which stands for “Chief Happiness Officer.”

Though it may sound trivial, this position is nothing to laugh at — or, wait, perhaps it is.

Be it as it may, the new CHO will be responsible for keeping up the spirits of the legal team working for Fanti.

The person's duties will include “preserving the morale” of the stressed-out employees, “spreading favourable and positive vibes," “soothing tensions,” and “relativising the problems through humour (if necessary, corrosive)”.

But that’s not all the chief happiness officer would have to do.

Other tasks are a bit more serious. For example, another duty would be ensuring “a democratic debate on societal issues that fall within the scope of justice".

The advert doesn’t specify what education, experience, or credentials are needed for this job, only saying that “the position requires a sense of commitment, good adaptability, listening ability, and a natural friendliness".

While no wage is indicated, the perks of the job include the ability to work part-time from home, as well as free rein in deciding how happiness should be spread through the company. 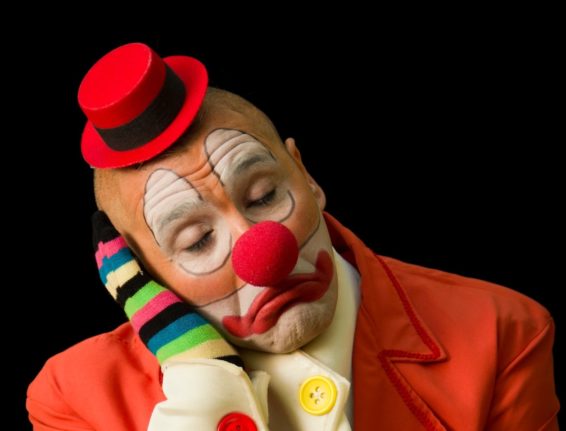 Nope, this job is not for you. Photo: Capotina Capotina on Pexels

Driven by the weather

Interviewed by the Swiss media, Fanti said he “wrote this ad in 20 minutes, because the weather prevented me from going skiing".

He pointed out, however, that a CHO idea is not purely a gimmick.

“Our job is difficult as we handle other people’s problems," he said. "The happiness of those who work with me is essential, but I don't necessarily have the time to take care of it myself."

Fanti said he has already received dozens of, um, serious offers, but if you are interested in this position, you can still apply until January 15th by proposing your candidacy by email.

From hermit to crier

If you think that this is the oddest job ever advertised in Switzerland, you are wrong.

Back in 2016, the town of Solothurn was looking for a hermit to live in an isolated cave-like cabin and take care of a nearby chapel and gorge — a position that has existed since the 15th century.

The successful applicant didn’t have to spread happiness but he did have to “dispense wisdom" and talk to tourists.

Only about 20 people applied for the job, presumably because others just didn’t want to come out of their seclusion.

The job eventually went to a German former police officer.

Another unusual job opportunity came up in Lausanne in 2021, when the city administration advertised for a high (literally) position of a town crier — an insomniac with a melodious voice to announce hours every night between 10 pm and 2 am from the bell tower of the city’s imposing Gothic cathedral, as has been the case since 1405.

The job eventually went — for the first time in history — to a woman, Cassandre Berdoz. She filled all the criteria, which included being able to climb 53 stone steps to the cathedral’s bell tower and not falling asleep on the job.