How ordinary citizens can try to change the law in Switzerland

A unique feature of the Swiss system of direct democracy is the ability of any citizen, or a group of citizens, to impact the political process by creating new laws or changing the existing ones. Here's how.

Switzerland’s political system is unlike any other country’s: here the people — rather than lawmakers — have the power to shape local and national policies.

This is done through referendums or popular initiatives, the two backbones of Switzerland’s centuries-old tradition of direct democracy.

On average, the Swiss vote four times a year on several issues at a time — more often than citizens of any other nation.

What is the difference between a referendum and an initiative?

Basically, referendums are about approving new laws or changing the existing ones.

The first is called a mandatory referendum, when all legislation and constitutional amendments approved by the parliament must then be accepted (or rejected) by the voters.

With an optional referendum, any group or individual can contest an existing law, by gathering 50,000 signatures within 100 days. The petition must include names and addresses of Swiss citizens only.

Popular, citizen-driven initiatives, on the other hand, are intended to create new laws.

An initiative must be launched by at least seven citizens and be backed by 100,000 signatures collected within 18 months in order to push it to a national referendum.

For cantonal or communal initiatives, fewer signatures are required, based on the population of a given canton or municipality.

How do you go about creating a new law?

First of all, you must be Swiss. It doesn’t matter whether you were born Swiss, were naturalised, or have a dual nationality — what counts is that you have the right to vote in Switzerland. 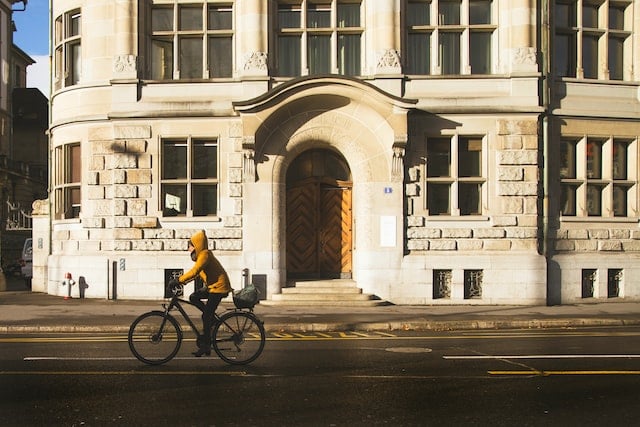 A cyclist in Zurich. Ordinary citizens in Switzerland can influence how laws are made. Photo by Emilie Farris on Unsplash

Secondly, only adults over the age of 18 can sign a petition and vote.

This is the step-by-step process towards getting an initiative on the ballot:

The first step s to announce it to the Federal Chancellery — the government’s administrative arm — for a national referendum, and to the cantonal authority for regional votes.

The text of the federal initiative must be written in one of the national languages, and the Chancellery will then translate it into the other official languages.

The cantonal / communal initiatives must be presented in the official language of the region.

Based on the merits of a particular issue, the Chancellery will either validate the initiative or reject it. In the former case, the organisers can begin to gather signatures, which should be collected within the defined period of time (as mentioned above).

Once the required number of signatures is gathered, the petition is submitted to the Chancellery for the verification and validation of signatures.

If all is ok, the date of the referendum is scheduled, and the campaign begins.

Do all initiatives eventually end up at the ballot box?

The ones deemed to be unimportant or irrelevant will be scrapped. However, sometimes even those than can be considered trivial pass the muster.

For instance, one of the wackiest citizen-driven initiatives was a 2010 push by animal rights activists that would require the government to appoint (and pay for) lawyers to represent animals in court.

Although the issue made it to the ballot box, the voters gave paws down to this proposal on the grounds that Switzerland already has strict laws protecting pets and farm animals.

Another group attempted to create a law on the “unconditional basic income,” that would force the government to give each adult in Switzerland 2,500 francs per month — just for existing.

That initiative too was turned down by the voters, as that this policy would strain the state budget.

Other citizen initiatives have been more successful in creating new laws, however.

One of them was a highly controversial push by right-wing groups to ban the construction of minarets on mosques in Switzerland, which were seen as representing Islam as a threat to Swiss society.

Despite the government’s plea to reject this initiative, about 57 percent of voters approved the measure.