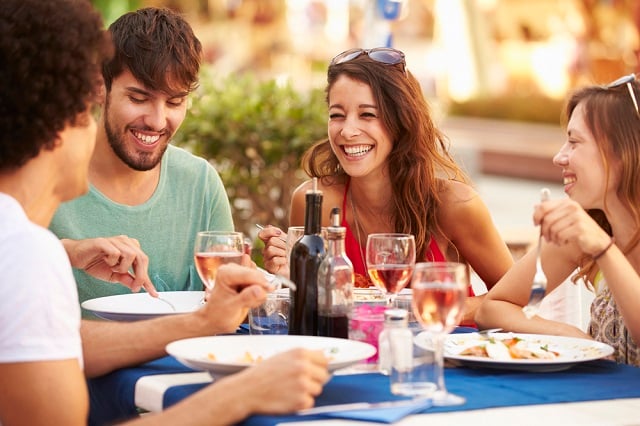 File photo: monkeybusiness/Depositphotos
A total of around 350,000 people speak Swiss Italian as their native language, both in Ticino and southern Graubünden.

These regions are well worth a visit just for the golden combination of Swiss efficiency and Italian food, but the local lingo may take some getting used to — even for those visitors already familiar with Standard Italian. Read on to learn some of the peculiarities of Swiss Italian, and where they come from.

READ ALSO: Why you should visit Ticino in 2017

Vocabulary
One of the most noticeable characteristics of Swiss Italian is the influence of French and German. In the same way you might find yourself picking up catchphrases from a popular TV show or mimicking a close friend’s favourite expressions, the Swiss Italians have, over time, adopted some of their neighbours’ linguistic quirks.
When you book a table at restaurant, Swiss Italians use the verb ‘riservare’ (to reserve) rather than Italian ‘prenotare’ due to analogy with the French ‘réserver’. In Standard Italian, ‘riservare’ exists but has a distinct meaning of setting something aside, for example when saving money.
Confusing? It gets worse: when ordering food, Italians use the term ‘ordinare’ (to order), while Swiss Italians opt for ‘comandare’ from French ‘commander’. In Italy, that would get you a few startled looks, as ‘comandare’ means to control or demand. Shops use the dramatic-sounding ‘azione’ (action) to refer to a special offer (‘offerta speciale’ in Standard Italian), thanks to the influence of the German term ‘Aktion’. Alternatively, a discount may be called a ‘ribasso’, similar to German ‘Rabatt’, while in Italy ‘ribasso’ is only used in the sense of ‘depreciation’ in financial writing, and ‘sconto’ would be used instead.
The reason that a lot of words related to shopping and food are different is that words which are regularly used are always the most susceptible to linguistic change. Because of this, a lot of work and education-related vocab has been affected too.

Anyone with a university degree may be called an ‘accademico’ — even though in Italian that term is reserved for scholars and is also used as an adjective meaning ‘erudite’ — because of the German term ‘Akademiker’. Alternatively, they might be referred to as a ‘licenziato’, a term which has fallen out of use in Italian and usually means ‘laid off’, but which is similar to the French and German equivalents.
In the world of work, you’d say ‘dimissionare’ (to resign) rather than Italian ‘dimettersi’. Although in Italy the formal alternative ‘rassegnare le dimissioni’ does exist, it’s much more prevalent in Switzerland due to French ‘démissionner’.

Word endings and genders
Sometimes, words are close to the Italian but they come with a little twist. The term for ‘isolation’ is ‘isolazione’ in Switzerland and ‘isolamento’ in Italy, while ‘medicamento’ (medicine) is the Swiss term for what in Italy is called ‘medicinale’.
And the Swiss franc, a simple ‘franco’ in Italy, has become known as the ‘franchetto’ in Ticino, most likely because of the German term ‘Fränkli’, where ‘li’ is diminutive like ‘etto’.
Another small change is the gender for ‘meteo’, the term for weather in both countries. In Italian, its gender is masculine, whereas in Swiss Italian it’s feminine, like French ‘météo’.
Switzerland-specific vocab
The word ‘Natel’ would be incomprehensible to an Italian, but is a commonly used term in all Switzerland’s languages for a mobile telephone, coming from a German acronym for a phone network (the Nationales Auto-telefonnetz).
And ‘biluxare’ means ‘to flash one’s (car) headlights’ is nothing like the Italian term ‘sfranalare’. It comes from Bilux, the name of a German firm which was the first to produce the modern bulbs used in headlights.
Lombard influences
As well as taking cues from their French- and German-speaking neighbours, Swiss Italians have also been influenced by Western Lombard dialects, both in vocabulary choices and structure.
For example, the word ‘mica’ is commonly used as a negation in Italy, in the sense of ‘not at all’ — the word derives from the Latin term for a breadcrumb, so it refers to something utterly negligible. In most parts of the country, speakers still include ‘non’ (not) and ‘mica’ is used to add emphasis, for example ‘non è mica vero’ would mean ‘it’s not right at all’. But in Lombardy, ‘mica’ can be used alone as a simple negation, with ‘mica vero’ meaning ‘not true’ — and this use also appears in Swiss Italian. Real language nerds will be able to identify another change here: in the Lombard and Swiss versions, the negation comes after the verb, rather than before as is usual in Standard Italian, a feature which is common to several Gallo-Italic variants across northern Italy.
And some words are used instead of their more common alternatives. For example, while most Italians use the term ‘nipote’ to refer both to nephews and grandsons, in Lombard dialects and Swiss Italian, you’ll often hear the word ‘abiatico’ used to mean ‘grandson’.
Another slang term common to Lombardy and Swiss-speaking Italy, but which will leave Italian speakers elsewhere scratching their heads, is ‘gabola’. It’s used to refer to a problem or trouble (in Italian, it’s ‘guaio’), and can also be used as a verb: ingabolare.
Sentence structure
In addition to the different form of negation mentioned above, another distinct feature of Swiss Italian sentence structure is found in the imperative — instructions or commands. In Italian, when you’re telling someone to do something, you use the imperative tense (apri la finestra — open the window), unless it’s preceded by ‘non’, in which case you use the verb in its infinitive or basic form (non aprire la finestra — don’t open the window). In Switzerland, things are thankfully much easier: there’s no new tense to learn and no irregulars, as you always use the infinitive form (aprire la finestra, non aprire la finestra). This is probably because the Italian-speaking Swiss realized that’s how the French formulated commands, and thought it made much more sense.
Meanwhile, signs reading ‘grazie per non fumare’ (thank you for not smoking) are likely a direct translation of the French phrase ‘merci de ne pas fumer’, as the sentence structure would sound funny to Italian ears. In Italy, such signs generally use the wording ‘si prega di non fumare’ (roughly translating as ‘you are kindly asked not to smoke’.)
Ticinese
Just when you’re getting a handle on the quirks of Swiss Italian, someone will start speaking Ticinese to you and knock your confidence completely.
This is the local variety of the Western Lombard language; it’s not quite correct to call it a dialect, since it developed in parallel with Standard Italian rather than deriving from it, but there are several different forms.
Compared to the situation in Lombardy, the Ticinese dialect has survived well in Switzerland, with relatively high numbers of young speakers.
Some typical features of Ticinese are the dropping of final consonants, creating ‘bell’ instead of ‘bello’, and a change in vowel sounds, so that the phrase ‘lingua lombarda’ (Lombard language) becomes ‘lengua lumbarda’.
Watch the video below to hear how some of the local proverbs sound in Ticinese.

LANGUAGE AND CULTURE
From ‘natel’ to ‘ça joue’: The Swiss French words which help you sound like a local 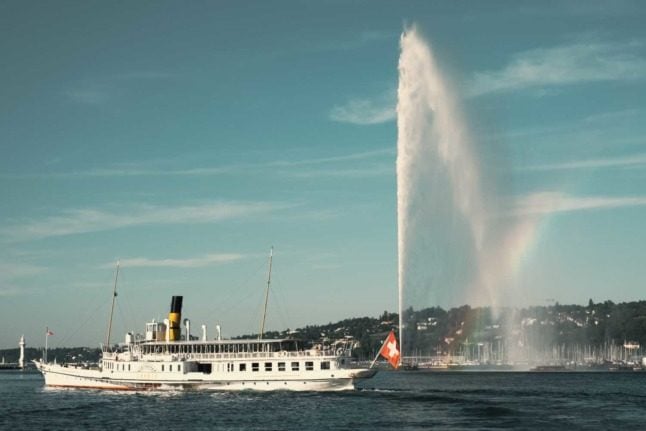 LANGUAGE AND CULTURE
Have your say: What are the most important Swiss French words to know?
Url copied to clipboard!