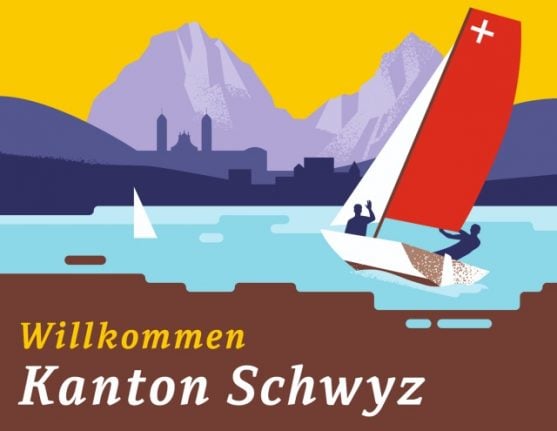 The canton has installed 20 of the new signs, which have a distinctly vintage feel.

But the special feature is their partly reflective surfaces which means they show a new, second image when they are lit up by headlights at night. It's a first for the technology in Switzerland.

One of the signs as seen by night (left) and by night. Photo: Canton Schwyz.

“The new motorway signs are a great showcase for the region’s tourist attractions,” said cantonal councillor Andreas Barraud in a statement issued by the canton.

Among the attractions feature on the signs are the Rütli meadow, considered the birthplace of modern Switzerland, the stunning Einsiedeln Abbey and the Rigi.

The canton expects the signs to be seen around 30 million times a year.

Read also: In pictures – 12 photos that will get you excited about autumn in Switzerland