EXPLAINED: What are the details of Switzerland’s coronavirus restrictions?

Please note: From March 1st, Switzerland will relax some aspects of the coronavirus measures. Click here for more information.

On January 13th, Switzerland announced it will toughen the existing coronavirus measures, in addition to extending those currently in place until the end of February.

One of the major reasons for this has been the threat posed by new coronavirus variants which are now in Switzerland and which were first detected in the UK and South Africa.

"The number of infections is stagnating at a very high level and the risk of a rapid upsurge is real with the new, much more contagious variants of the virus," the government said in a statement.

It said given the "tense epidemiological situation", it had decided to take new measures that went beyond simply carrying on the with the current restrictions.

The measures were approved in a meeting between the government after a week-long consultation with the cantons.

An explanation of the new measures is provided below.

The new rules require everyone who can work from home to do so all across Switzerland.

EXPLAINED: What are the rules of Switzerland's new working from home obligation?

"From Monday, working from home will become compulsory... " the government said.

Prior to the announcement, only the canton of Thurgau has put in place such a requirement. 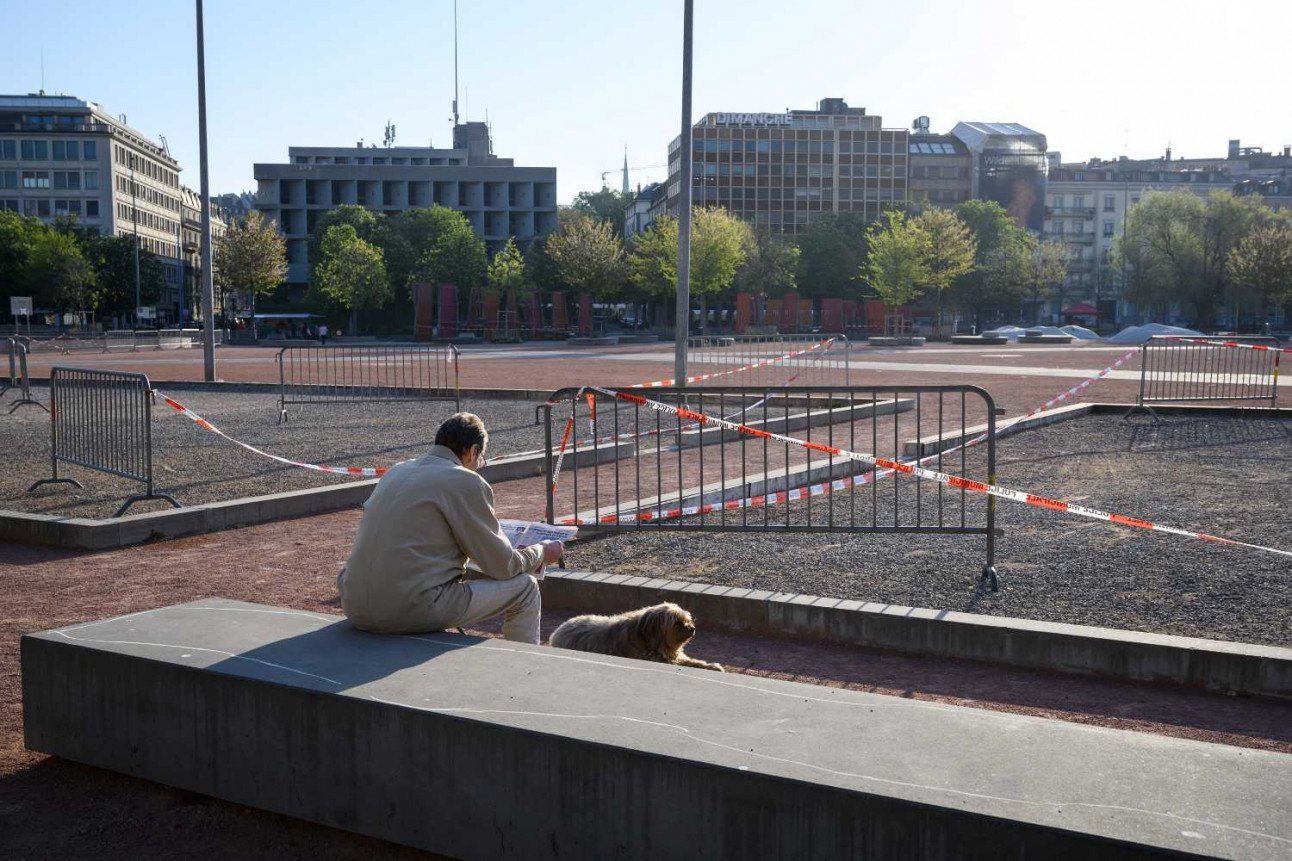 The rules also include the closure of all non-essential shops - defined as “shops that do not sell everyday goods”.

The measures would be similar to the partial shutdown that was in force during the first wave of the pandemic last spring.

It will be possible to visit a shop’s premises to collect goods that have been ordered.

There will however be a change to the current rule which requires that shops, petrol stations and kiosks must close after 7pm and on Sundays.

'Everyday goods': Which shops can stay open Switzerland from Monday?

A maximum of five people can now meet in private and in public - an amount which includes children.

Previously, gatherings in public spaces are capped at 15 people, while a maximum of ten people can meet in private with friends and family.

When making the announcement, Health Minister Alain Berset said “I myself am affected with three children. It’s hard - but we need to do it now.”

People who are in vulnerable groups will be given special rights under the rules.

Employers must do what they can to allow these people to work from home - even if the occupation would normally not be conducive to home working.

If working from home is not possible, persons at risk must be protected at the workplace through the use of special measures, for instance plexiglas.

If this cannot be done, people in vulnerable categories must be allowed to take a leave of absence at full pay.

Employers will be entitled to compensation for this.

What measures were not introduced?

One further approach which was considered was to close compulsory schools.

This however has not taken place.

Instead, closures remain possible on a canton-to-canton basis.

When the announcement was made, Health Minister Alain Berset said “School closings create huge inequalities. You want to minimise the damage and look at your health, but also other factors, such as who school closings would affect.”

Skiing has also not been banned in Switzerland. Berset defended the decision to allow skiing to continue.

“You ski in nature,” Berset said.

“Strict measures are still required, but so far experience has shown that it works. It cannot be compared to the situation in shops.”

When will the measures be relaxed?

As it stands, the measures are in place until the end of February.

However, the likelihood is that they will be extended until infection rates drastically decline.

Swiss President Guy Parmelin said on Wednesday “It's about society. For the young people, the measures are terrible. As soon as it becomes possible, the Federal Council will relax measures.”

Switzerland's pandemic restrictions have generally not been as strict as in other European countries.

Switzerland was the first country in western continental Europe to start its Covid-19 vaccination campaign, doing so on December 23 with the Pfizer-BioNTech jab.

It also gave the green light Tuesday to the Moderna vaccine, which, regulators said, could be administered immediately.

The country of 8.6 million people has seen coronavirus infections gradually decrease from a spike in early November. Around 485,000 people have tested positive for the virus, while more than 7,750 people have died.

Some 127 such cases have been found so far in Switzerland -- and rather than just being imported cases, the strains are now spreading domestically, he said.

NOTE: This story was edited on January 14th to remove reference to the closure of beauty services. In advice issued on January 14th, the government confirmed these would be allowed to remain open.