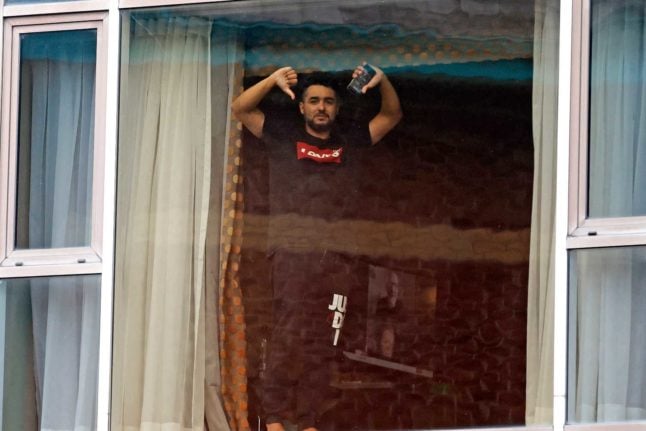 Authorities in Zug have also warned the population about a fake quarantine scam in the canton.

People resident in Zug have received fake letters informing them that they need to quarantine.

‘First come, first served’: How to get the vaccine sooner in Switzerland

Officials told Swiss media that nobody in the canton will be contacted by letter, with email or phone contact preferred.

“In the last few months we have been able to reach everyone by phone or e-mail and have not sent a single letter,” a spokesperson wrote in a media release.

“Several Zug residents have reported to the health department in the last few days because they were informed by letter about an ordered quarantine.”

Zug residents are encouraged to contact authorities if they have received a quarantine letter.

Anyone who has received such a letter should contact the Corona information centre (041 728 39 09 / [email protected]).

GPs can now vaccinate in Zug

Since March 9th, 2021, family doctors/general practitioners (Hausärzte) in the canton of Zug will be able to administer coronavirus vaccines.

The change is part of a pilot program to encourage more vaccination points in the canton, reports Switzerland’s Lucerne Zeitung newspaper.

Eleven GP offices throughout the canton are now equipped to start vaccinations.

Authorities have reminded the population to register so that they can be contacted to make a vaccination appointment – and not to contact the GPs directly.

“The doctor’s offices actively offer patients for a vaccination, contact by people willing to be vaccinated is not necessary.”

Also effective March 9th, Zug has expanded the scope of who can access the vaccine, with jabs now available to people between the ages of 65 and 74.

Zug Health Director Martin Pfister said in a statement the canton was doing its best to ensure widespread vaccinations despite a supply issue.

“We are happy to be able to extend the vaccination to the next population group despite the continued shortage of vaccine availability. It is another important step in the fight against pandemics.”

More than 18,000 people have been vaccinated in Zug, which equates to roughly 15 percent of the population.

Switzerland as a whole has now vaccinated 1.2 million people, or roughly 14 percent of the population.

You can register to have the vaccine in Zug here.

Registering for the vaccine in every other Swiss canton can be done at the following link.