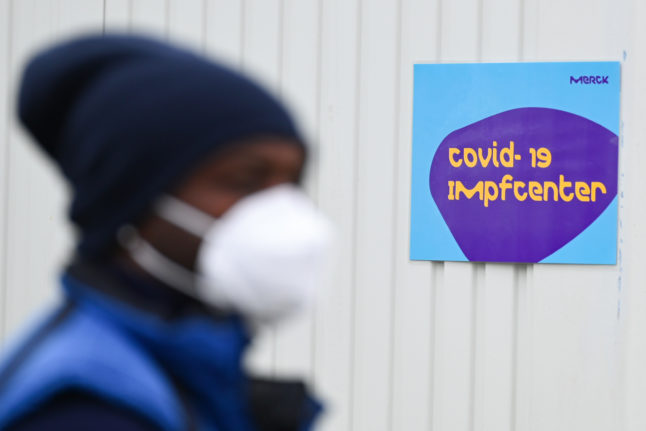 The Swiss State Secretariate for Economic Affairs (SECO) told AFP it was aware of Washington’s “significant” announcement on Wednesday backing a months-long push at the World Trade Organisation for a global waiver on intellectual property protections for the Covid-19 jabs while the pandemic rages.

“Like other WTO members, Switzerland remains convinced that a suspension of intellectual property protection rights in the context of the pandemic would not guarantee equitable, affordable and quick access to vaccines, treatments and diagnostic products against Covid-19,” it said in an email.

READ MORE: When can foreign tourists come to Switzerland again?

“That kind of access would rather require tight and harmonious cooperation between all the concerned actors.”

SECO added though that Switzerland “of course remains open to pursuing work on these questions within the framework of the WTO, and to discussing possible solutions to the difficulties.”

“In this context, Switzerland will evaluate the new proposal by the United States… as well as the consequences for the Swiss position.”

The WTO has since October faced calls led by India and South Africa for the temporary removal of intellectual property protections on Covid-19 vaccines, in what proponents say will boost production in developing countries and address the dramatic inequity in access.

But that notion had previously met with fierce opposition from pharmaceutical giants and their host countries, including the United States and Switzerland, which had insisted patents were not the main roadblocks to scaling up production and warned the move could hamper innovation.

ANALYSIS: Why are Switzerland’s coronavirus numbers falling so sharply?

The positions appeared to be shifting rapidly Thursday, with the EU, France and other longtime opponents saying they were now ready to discuss a waiver proposal.

A Western diplomat close to the waiver discussions at the WTO told AFP that countries were under intense political pressure to fall in line, noting that no one “wants to be left standing there on their own.”

The diplomat, who asked not to be named, suggested though that Switzerland, which is home to several pharmaceutical giants like Roche and Novartis, would “probably be the last domino to fall.”

Berlin meanwhile also voiced opposition Thursday to the US proposal, with a government spokeswoman warning that it “has significant implications for vaccine production as a whole.”

“What you are likely to see now is some form of negotiation,” WTO spokesman Keith Rockwell told reporters when asked whether the German opposition would doom a possible deal at the organisation, which requires consensus among all 164 member states for all decisions.