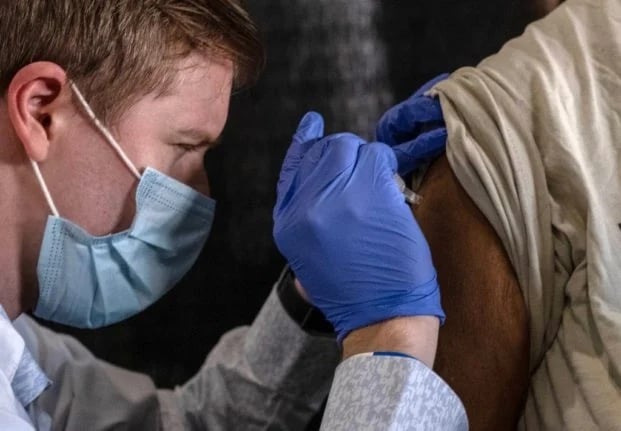 Accustomed to top rankings in international comparisons, Switzerland is trailing behind its European neighbours and a number of other nations in terms of Covid inoculations.

While the proportion of fully vaccinated people across the EU stands at 57.21 percent, in Switzerland it is only 50.92 percent.

“I am almost ashamed that we find ourselves in this situation, when we have everything we need to do better”, Didier Pittet, head of the infection prevention service at Geneva’s University Hospitals (HUG) told Watson news portal on Monday.

There are several reasons why the Swiss numbers are not higher:

Some cantons exceed the national average — for example, Basel Country and Basel-City have the highest immunisation rates in Switzerland, at 54.98 and 54.96, respectively.

One of the reasons for this urban-rural divide “is that there are more people hostile to the vaccine in rural areas. Perhaps simply in part because residents in the countryside have been less affected by the pandemic”, according to analysis conducted in June by Sotomo Institute.

“Basically, cities are more willing to vaccinate. Rural cantons without urban centres are therefore noticeable because of their greater skepticism towards the corona vaccination”, study’s author Michael Hermann noted.

READ MORE: Which Swiss cantons have the highest and lowest vaccination rate — and why?

And “In Switzerland, many people are reluctant to vaccinate. We are, for example, the worst performers in Europe when it comes to measles vaccination”, Pittet added.

While neighbour countries have implemented various measures which encourage vaccinations, such as Covid Certificate requirement for entry into bars, restaurants and other venues, or the compulsory inoculation for healthcare workers, Switzerland has been dilly-dallying when it comes to such measures.

At the moment, it is considering whether to make immunity passes compulsory for restaurants, bars, and other indoor places, though the decision has not yet been made.

“We are much more liberal than our neighbours. The authorities have imposed fewer constraints”, said Geneva epidemiologist Alessandro Diana.

Diana pointed out that Switzerland “has invested a lot in the self-determination of its citizens”, the kind of freedom that encompasses the right to decide what to do (or not do) with one’s body.

And the fact that Swiss residents have not suffered during the pandemic to the same extent as their neighbours, also plays a role in the vaccine hesitancy.

“We have not known the deaths of the Italians or the confinement of the French. The consequence is that our perception of danger is lower than elsewhere”, Diana noted.

He also pointed out that the pandemic is not yet over and “for the moment, this is only intermediate data. We will have to make a point again at the end of the year, but also in ten years to draw a broader assessment. ”

Diana recommends not to dwell too much on international rankings.

“Do we really need to be the first in everything? In reality, what matters to the Federal Council is to avoid overloading the health system. It is the common thread of all political decisions. ”