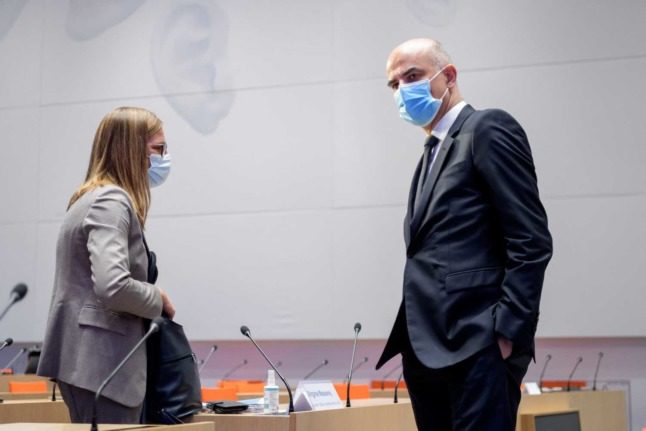 At the regular Tuesday press conference, the Swiss Federal Office of Public Health said there were plenty of positives to take out of the current stage of the Covid pandemic.

Virginie Masserey, the head of the FOPH’s vaccination and infection control department, told the press she was “optimistic” about present developments.

“It is possible that we have reached the peak” Masserey told reporters, highlighting the falling curve in Great Britain as an example of where Switzerland might be headed.

“We can be reasonably optimistic.”

READ MORE: Should Switzerland abolish quarantines and roll back testing for Covid-19?

While Covid case numbers continue to climb in Switzerland, hospitalisations and admissions to intensive care have remained relatively stable.

The FOPH said this is to do with the success of the country’s booster campaign, along with a belief that the Omicron variant produces less severe courses of the disease.

Masserey said the true number of infections was likely much higher, due to a significant number of asymptomatic infections.

Masserey said however that it was too early to consider a further relaxation of measures, including removing the Covid certificate requirement.

What this means for the government’s planned expansion of Covid measures, including extending the current measures to March 31st, remains to be seen.

The government is currently in consultation with the cantons to alter the existing measures, including reducing the quarantine requirement and shortening the validity of the Covid certificate.