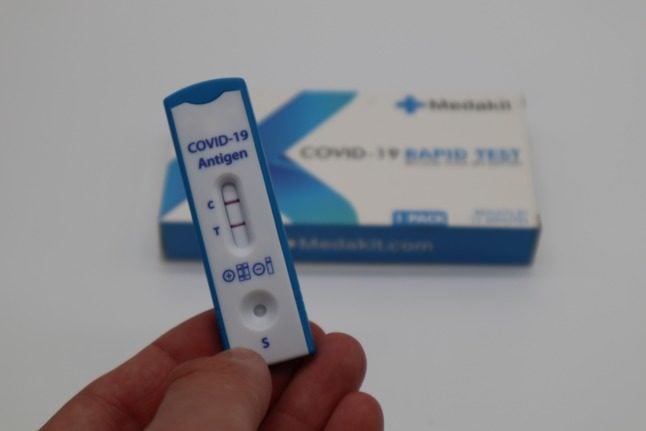 Urs Karrer, Vice President of the National COVID-19 Science Task Force and Chief Physician for Infectious Diseases and Hospital Hygiene at the Winterthur Cantonal Hospital said on Tuesday that one in ten of the approximately nine million residents of the country were infected with Covid over the previous seven days.

The figures come from official confirmed testing statistics and estimates based on the amount of tests done with regard to the population.

The more infectious but comparatively milder Omicron variant is now dominant in Switzerland, with 90 percent of all new infections due to Omicron.

According to official estimates, around 100,000 people are currently contracting the virus every day in Switzerland.

Despite this, the Federal Office of Public Health said on Tuesday that the “peak of the omicron wave has not yet been reached,” indicating higher infection numbers were likely.

There are almost no Omicron patients in intensive care units

The positive news however is that although there has been a steep increase, the number of hospitalisations and ICU admissions has remained relatively stable.

A survey conducted by Blick newspaper among hospitals found that virtually all patients admitted to Swiss healthcare facilities have contracted the Delta variant which, though less prevalent than Omicron, is still spreading in Switzerland among the unvaccinated.

At Geneva’s University Hospitals (HUG), only two out of 19 Covid patients have Omicron. And the chief physician of the University Hospital of Zurich said that “there are hardly any traces of Omicron in the intensive care unit”. In Zurich’s two other hospitals, Tremli and Stadspital Waid, none of the seven Covid cases has Omicron.

As for Bern’s Inselspital, “a significant proportion of intensive care patients have been affected by the Delta variant”, spokesperson told Blick.

This provides evidence to support the health officials’ contention that Omicron is not as virulent as Delta.