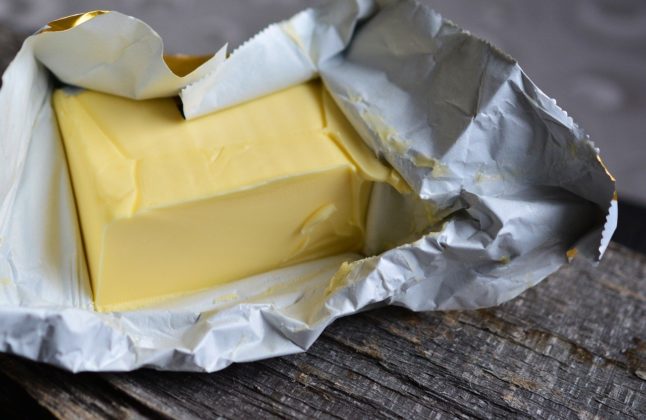 Butter is scarce in Switzerland as most milk is used to produce cheese. Photo by Pixabay

Even though Covid immunisations are largely stalled in Switzerland, the government purchased 7 million more doses of Moderna vaccine.

These additional  doses are scheduled to be delivered in 2023 and 2024, and used as boosters.

In the meantime, Switzerland has enough doses of both Moderna and Pfizer vaccines in case another round of vaccinations is needed this fall if, as some experts predict, the pandemic resurges.

Ukrainians can travel for free

Ukrainian refugees are now entitled to ride free of charge on Swiss public transport in second class on all lines within the range of validity of the general Travelcard.

This arrangement is initially valid until May 31st, according to the SwissPass Alliance.

Until now, refugees had to go through various administrative procedures upon arrival. The State Secretariat for Migration (SEM) provided them with the necessary tickets for their final destinations in Switzerland, but intra-country travel remained subject to the normal rate.

The world’s biggest ‘peace dove’ is in the Swiss Alps

The projection of a  giant, kilometre-long white dove can now be seen on the Grand Mythen mountain in canton Schwyz. It is the largest such image ever projected in the world.

The organisation behind this idea is the United Nations Children’s Fund (UNICEF), which wanted to “spread this symbol of peace throughout Europe and the world to draw attention to children in distress in Ukraine.”

Switzerland will import 2,000 tonnes of butter

The Federal Office for Agriculture (FOAG) is increasing the tariff quota for butter for 2022 by 2,000 tonnes to meet the consumer demand from April 1st until the end of the year, the government announced.

According to industry estimates, locally produced butter will run out by the autumn, as most Swiss milk is transformed into cheese.

Therefore, in order to ensure sufficient and uninterrupted supply of butter, it must be purchased abroad.

In Switzerland, the demand for butter averages more than 40,000 tonnes per year, according to FOAG.

A new survey of nearly 100 Swiss CEOs carried out by Deloitte shows that they “appear unfazed by the war in Ukraine and the widespread sanctions against Russia and Belarus”.

Despite geopolitical uncertainty and concerns about inflation, supply chains and energy prices, most of the 99 CEOs surveyed by Deloitte  still expect the economy to grow over the coming 12 months.

The majority also remain optimistic about the financial outlook for their own companies as the Swiss economy has proved very resilient after the coronavirus pandemic, the survey shows.

However, “the situation could change quickly depending on how the war unfolds”, Deloitte said.