Why does Switzerland have such strict animal rights laws compared to elsewhere?

Hardly any other country boasts animal welfare laws as progressive as Switzerland. Today, the government protects not only animals’ well-being but also their dignity. But how did that become the case and how do they compare?

There is little need for debate: Switzerland stands out from the crowd compared to its EU neighbours. In fact, animal welfare and animal ethics are foreign words in many EU countries. Unlike in Switzerland, EU farms are not controlled by the state, nor are clear animal offences sanctioned.

While Swiss animal welfare legislation specifies detailed regulations and minimum requirements on space for all livestock, the EU does not have animal welfare guidelines for keeping cows, fatlings, turkeys, ostriches, sheep, goats, horses, and all types of poultry except chickens.

This means that over 100 million livestock in the EU are without legal protection. 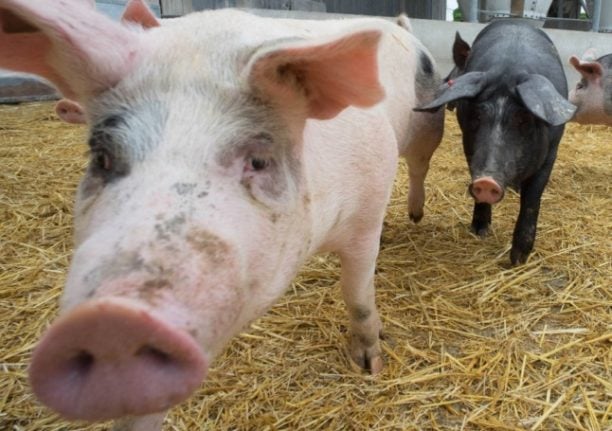 Some animals are more equal

To compare in more detail, a single pig on a Swiss farm enjoys 0.9m2 of space (bio farms offer 1.65m2 + additional outdoor space), while a single pig in the average EU farm is entitled to 0.75m2. For chickens, the prognosis is similarly dire.

Side note: While keeping laying hens in cages is banned in Switzerland; so-called enriched cages are still permitted in the European Union.

The living circumstances for cattle, however, are far grimmer yet.

In Switzerland, a cow is given 2m2 of space, and bio farms even grant them 4.5m2 with additional outdoor space. The EU has no regulations for cattle farming or serially manufactured and sold husbandry and barn equipment. In Switzerland, the latter must be checked for animal welfare conformity and practicality before their approval.


READ ALSO: EXPLAINED: Why a plan to shoot deer at this Basel City cemetery is causing a storm

Switzerland also bans some of the most painful procedures on animals, while the docking of beaks and tails and removing teeth from piglets are still permitted within the EU. On the flip side, Germany banned the castration of piglets without anaesthesia in early 2021, a law that has been in force southwest of its border since 2010.

While there are certainly major flaws in EU animal welfare legislation, each EU country has the right to issue regulations to improve animals’ well-being.

Thus far, only Austria has imposed animal protection laws comprehensive enough to rival Switzerland’s, with most of southern Europe opting out of observing even the rudimentary EU guidelines on animal welfare.

But there is a glimmer of hope for the animals of the EU.

The European Union is currently negotiating better terms for animal welfare as part of the European Green Deal. Specifically, it is looking to increase the welfare of animals in agricultural animal husbandry as well as during transport and slaughter. It further plans to abolish cage farming for poultry and rabbits by 2027 and ban the use of farrowing pens and crates for sows and individual boxes for calves simultaneously with a gradual phase-out.

Fingers crossed, the EU continues to make progress regarding taking care of animals and one day matches its neighbour’s strict animal welfare laws. 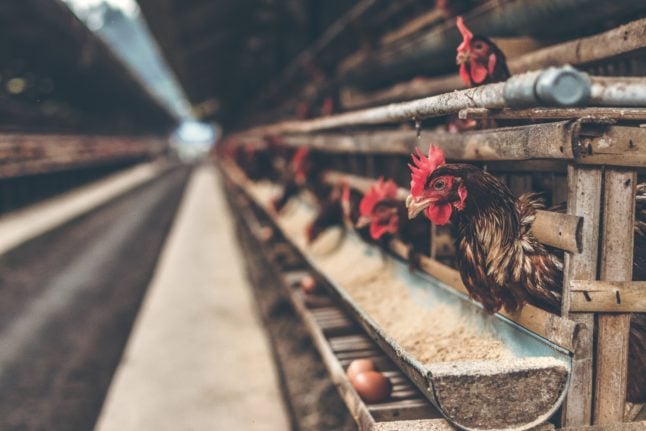 (Photo by Artem Beliaikin on Unsplash)

What's the history behind all the activism?

The first recorded animal welfare concerns in Switzerland emerged in the mid-eighteenth century. The cause: vivisections. In Switzerland, the performance of the first public vivisection, a surgery on live animals for experimentation or scientific research, was held at several universities and, unsurprisingly, met with strong opposition.

However, the practice did not see any form of organised opposition at the time. But having witnessed the horrifying procedure live, the Swiss were determined to change that and, going forward, treat animals with the respect they deserve.

In 1842, soon after the public uproar spread across the country, the Swiss canton of Schaffhausen enacted Switzerland’s first law against animal cruelty. Then, in 1844, the country’s first animal protection organisation (Tierschutzverein) was founded in Bern.

READ ALSO: All you need to know about bringing your pets to Switzerland

By 1885, each Swiss canton had passed legal regulations against animal cruelty, though some cantons only prohibited public cruelty at that point. However, it was not until 1893 that slaughtering without anaesthesia – as was often the case during vivisections – was banned by referendum.

The Swiss Federal Act on Animal Protection, an overhaul of pet abuse laws, came into place in 1978 following approval by 80 percent of voters. But even though the Act was deemed highly comprehensive and covered most aspects of animal welfare, the Swiss went one step further. They made animal dignity protection a constitutional principle in Switzerland in 1992, making it the first country to incorporate the principle into its laws.

Despite its progressive laws on keeping animals safe and sound, Switzerland’s push for tighter animal welfare laws has suffered its fair share of setbacks.

READ ALSO: IN PICTURES: The controversial deer who live in a Basel City cemetery

In 1975, the Swiss put together a petition calling for a factory farming ban, which failed. Only last month, the petition, set to a referendum under the Swiss direct democracy system, was resurrected in a new form but again proved unsuccessful by a wide margin.

In 2010, every Swiss canton rejected a referendum seeking to appoint lawyers on behalf of animals. Only 29.5 per cent of voters favour the controversial change put forward by animal rights activists.

Currently, Switzerland is awarded a grade B (out of A-G) on the World Animal Protection's Animal Protection Index. In comparison, most of the European Union countries scored grades C or lower.