Swiss trains are famous for their punctuality — we all know that. But there are also some things about the country’s railway system that many people have no clue about.

Switzerland is a nation of avid train commuters.

In fact, a report from Eurostat, Europe’s Statistical Office, shows that the Swiss are Europe's most frequent train travelers per capita, so it is just as well that they have a (mostly) reliable railway network to take them from point A to point B, and back.

The reliability of the Swiss Federal Railways (SBB) is no secret, but there are some facts that may not be as widely known.

These are some of them.

People in Switzerland take it for granted that they can get pretty much everywhere by train, but did you know that this small country has one of the world’s densest and most extensive rail networks: around 5,300 kilometres of tracks and 804 stations along the way.

While the SBB is the government-owned railroad, there are also over 70 private ones, including the famous “scenic” lines that travel through the Alps.

Alongside the fast, modern trains that crisscross the country horizontally, there are some vestiges of days gone by.

One of them that is still in service is the cogwheel train commissioned in 1889, known to this day as the steepest one in the world.

It travels on a gradient of up to 48 percent, which is perhaps not surprising in the heavily mountainous country.

At such a steep incline, it takes 30 minutes to cover the 4,618-metre-long distance between Alpnachstad and Pilatus, the two locations in central Switzerland that the train connects. 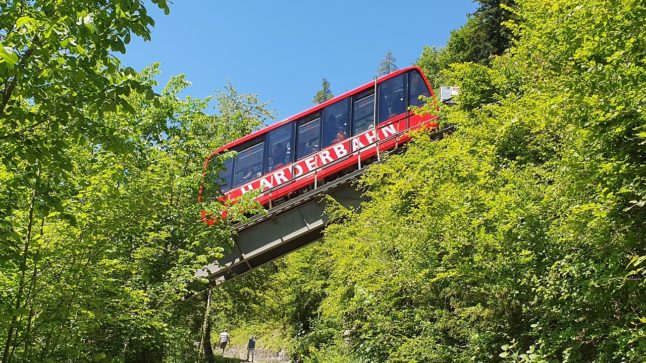 Sheep (yes, sheep) are among SBB’s most valued employees

Relax — the sheep are not driving the trains.

Instead, they work in the company’s embankment maintenance department. This means the animals are tasked with eating the grass along the rail tracks.

They graze on rough terrain and steep slopes inaccessible to conventional lawn mowers. Each day, the animals dutifully eat their way through about a square kilometre of land.

The Swiss leave nothing to chance, least of all the timing.

The trains run according to a sophisticated and very precise schedule, departing each station at regular intervals, and are closely linked and coordinated with other public transport systems, like buses and trams. 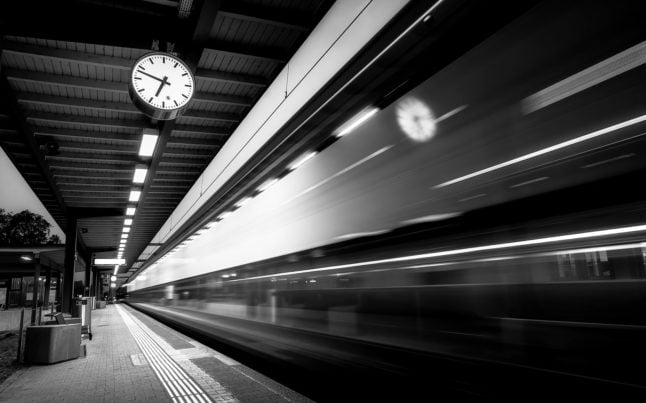 Trains run according to the iconic SBB clock. Photo by Jan Huber on Unsplash

Trains are punctual… except in October and November

The timeliness of Switzerland’s trains (at least in comparison to other countries’) is legendary.

But perhaps it shouldn't quite be.

As the SBB itself admits it, “we have more punctuality issues" in October and November than during other times of the year.

"The main reason is the shift to wet, stormy, and cold weather conditions. When the tracks are wet, trains need longer to accelerate and brake", the company explains.

But commuters too are to blame, it appears.

"When it rains, passengers often congregate under the platform roof and board the train through the same door. This leads to longer stops…There are also other factors that we can do little about, for example, shorter days with less daylight".

And these are two other fascinating facts about Swiss trains, which you already know about from previous articles, but which bear repeating:

Why is there a foul odour stinking out trains in Switzerland?