Why Basel is ranked 'Switzerland's best city for expats'

In a new international ranking of the best and worst cities for expats, it was Basel and not Zurich, Geneva or Lausanne that came out on top in Switzerland.

In fact, Basel outperforms its more “famous” Swiss counterparts, Zurich and Geneva, which usually get all the accolades in global surveys.

This is the finding of the new Expat City Ranking 2022 released by InterNations on Tuesday, which gathers feedback and experiences of living and working abroad from foreign nationals in each surveyed city.

The newest edition shows that Basel is in the seventh place globally — the only Swiss city that made it to the top-10 of 50 cities examined by InterNations.

What should you know about Basel?

With its 195,000 residents (36.6 percent of whom are foreigners), the northwestern city on the Rhine river borders both Germany and France, so in a way it is no less “international” than Geneva.

Most of the city’s foreign residents work in the pharmaceutical industry, including giants like Roche and Novartis, as “the Life Sciences Cluster generates enormous momentum that benefits not only the Basel-based pharmaceutical, biotech and medtech companies, but also all the other industrial sectors in the region,” according to the official site of Basel-City.

Why has Basel outperformed other Swiss cities?

Survey participants from Basel expressed more satisfaction with their personal finances — in fact, in this particular category, the city ranks second worldwide, with 80 percent of respondents happy with this aspect of their lives, versus 60 percent globally. They also feel that their disposable household income "is enough to lead a comfortable life abroad,” the survey found .This means 68 percent have more than enough money, versus 45 percent globally. 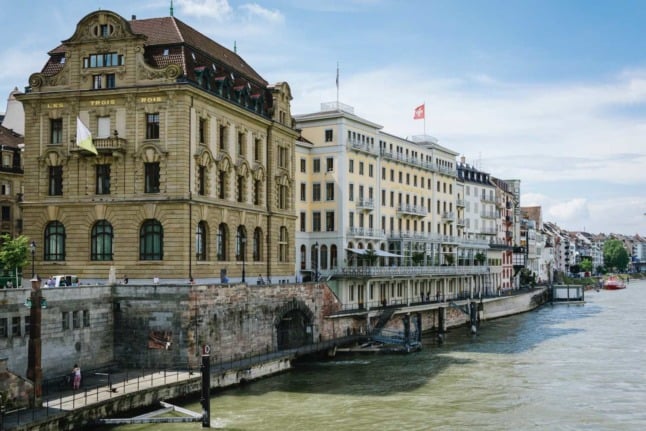 At the start of the river Rhine, the Swiss city of Basel is an international drawcard. Photo by Chris Boese on Unsplash

In terms of quality of life, Basel also ranks high; it is in second place globally in the Environment and Climate category, and fourth in Safety and Security.

Here are some more “positive” results:

"The environment is great, and you can enjoy outdoor life around the year. It is easy to get around the country and abroad with public transportation or by car," one international resident pointed out.

In the Working Abroad Index, Basel ranks first in the Salary and Job Security Subcategory, and 79 percent of participants feel they are paid fairly for their work (versus  62 percent globally). More than 81 percent also say that moving to Basel has improved their career prospects, compared to 60 percent globally.

“In the end, Basel is the city with the highest level of overall job satisfaction" of all the surveyed cities — 86 percent rate this factor positively, versus 64 percent globally.

However, Basel does have its downsides, foreign residents report. Not surprisingly perhaps, it is best seen in The Ease of Settling In Index, in which Basel ranks in the 42nd place, making it the only real lowlight about life in Basel. "30 percent of expats describe the local residents as generally unfriendly, versus 17 percent globally,” InterNations found.

Basel also lands in the bottom (48th place)  in the Leisure Options Subcategory, with 20 percent of respondents unhappy with both the culture and nightlife (versus 16 percent globally) and the culinary variety and dining options (versus. 12 percent globally) — in the latter category, the city even ranks last worldwide.

Why the other Swiss cities rank lower than Basel?

Zurich and Geneva are expensive, with the latter even found to have "the highest cost of living worldwide".

InterNations found Zurich to be “the worst-rated Swiss city. In fact, it is among the bottom 10 for all three subcategories: Local Friendliness (44th), Finding Friends (43rd), and Culture & Welcome (42nd)."

READ MORE: Verdict: The downsides of Zurich you should be aware of before moving

As for Geneva, a major problem there for international residents (other than the cost of living) is housing: “not only is it hard to afford (73 percent unhappy versus 43 percent globally),  but also to find (63 percent versus 27 percent globally).

READ MORE : Why is Geneva’s rent the highest in Switzerland?

In regards to Lausanne, it performs better across all categories than Zurich and Geneva but it is expensive and, as is the case in the other Swiss cities, “it is hard to make friends.”