From a restaurant giving staff a massive paid holiday boost, to free STD testing for young people in the city, plus a row over parking spaces, here's what's been going on in the Swiss canton of Zurich.

Is this Zurich's best boss?

The manager of Gasthof Löwen in Hausen am Albis said she wanted to give something back to staff to say thank you for their hard work.

The restaurant, which has a history dating back nearly 200 years ago, will remain closed from the start of this year until March 1st.

Manager and owner Joëlle Apter said she had sent her staff on a two-month business holiday (Betriebsferien) - on top of annual leave that employees are entitled to every year.

"The work we do is exhausting, and I want to give the team a break," said Apter. Employees will continue to receive their wages during this time - and, naturally, they were over the moon. Apter said some of them immediately booked flights to Thailand.

Switzerland's catering industry has been suffering from severe staff shortages since the Covid pandemic.

However, Apter said the move to offer staff two months off wasn't a move "to attract new stuff, but rather another measure for an appreciative company culture".

In summer, employees at the Löwen also receive a season pass for the nearby Türlersee, which allows them to go swimming free of charge.

READ ALSO: Which sectors in Switzerland have the most job vacancies - and what do they pay? 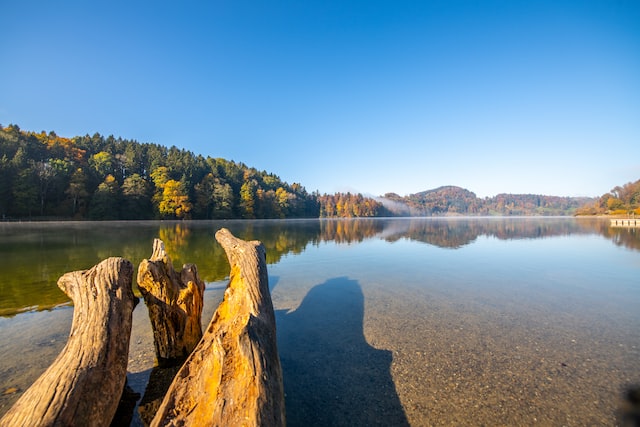 Türlersee int he canton of Zurich. Photo by Peter Wormstetter on Unsplash

From June, some groups of people in the city of Zurich will be able to get tested for sexually transmitted diseases free of charge.

It comes after the number of new STI infections, such as herpes, chlamydia, gonorrhoea or syphilis have risen in recent years. The majority of infections diagnosed in Switzerland are found in Zurich, according to experts.

Many young people in the city, who are usually more sexually active than other groups, are affected. To counter this development, the city of Zurich announced in November 2021 that it would offer free STI and HIV tests for people under 25 - the first city in Switzerland to do so.

Now the pilot project, which was originally announced for autumn 2022, is to get underway.

According to Barbara Burri, project manager of the municipal health services, the project was delayed by five months for administrative-legal reasons. In the first phase, which is now underway, staff will be recruited and trained.

The free tests are to be made accessible from June to sections of the population who have a higher risk of HIV or another sexually transmitted disease, but the high cost of the tests may be a barrier, said Burri.

"These are primarily young people up to the age of 25," she said. However, low income groups over 25 will also be able to get tested for free.

"People who want to take advantage of the free trial offer must be resident in the city of Zurich," added Burri.

According to Burri, the costs for the 3.5 year project amount to 2.66 million Swiss francs. The pilot will be evaluated by a scientific study from the University of Zurich. 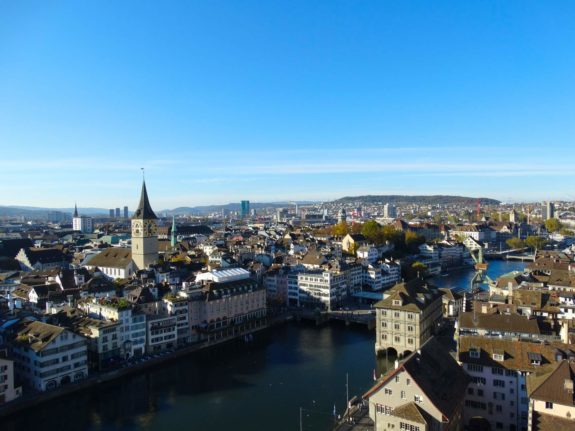 An aerial view of Zurich. Image by Hebi B. from Pixabay

City officials in Zurich are planning a bicycle priority route that will see the number of car parking spaces scrapped.

The removal of parking spots is planned for Scheuchzerstrasse and Milchbuckstrasse to maintain the required road width for the bike route.

The street cross-section is too narrow to provide parking spaces with a safety distance of 70 cm from opening car doors, the city said.

By 2030, a continuous bicycle network is to be created in the city centre and surrounding areas. All 62 Blue Zone parking spaces on the two streets are to be taken away.

However, members of the conservative Swiss People's Party (SVP) in Zurich are not happy.

"It is a huge blow for the people who live along these two streets," said Zurich SVP councillor Bernhard im Oberdorf.

The city council has pointed out that spaces can be rented in the nearby Irchel car park.

But the councillor has called for the council to pay the difference in the extra costs for a parking space.

The annual cost of a Blue Zone resident parking permit in the city of Zurich is 300 francs. For a parking space in the Irchel multi-storey car park, there would be monthly costs of at least 200 francs. If the Zurich SVP got its way, the city would have to subsidise a single driver by 1,900 francs a year.