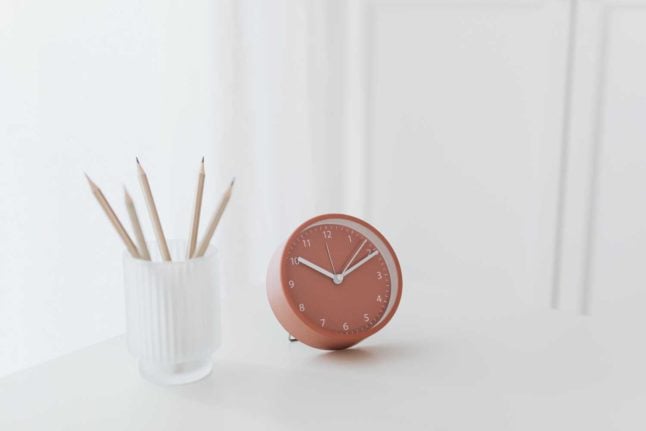 Photo by Karolina Grabowska from Pexels

You can’t spell ‘change’ without CH. Here are some of the big changes to expect this month.

Relaxation of the coronavirus lockdown (maybe)

In mid-March, Switzerland announced an extension of the existing lockdown measures, other than a slight relaxation on the numbers of the amount of people who can meet in indoor settings.

When making the announcement, the Swiss government said the measures would remain in effect until at least April 14th, with another decision to be made in the coming weeks.

Along with the US and the UK, the countries of Antigua and Barbuda, Barbados, Ireland, Qatar, Lithuania and St. Lucia have been removed as of March 25th.

Arrivals from Greece, Jamaica, Paraguay, Tanzania and Ukraine will need to quarantine from April 5th.

As the list is constantly updated on the basis of infection numbers and mutations, please click the following link for more information.

The Léman Express will expand its service on April 5th.

After months of not running regularly, the regional cross-border railway link will operate, from Easter Monday, six trains per hour and per direction between Geneva and the French town of Annemasse.

Léman Express trains will run four times an hour and will be supported every 30 minutes by RegioExpress convoys, serving the main stations along the line, such as Coppet, Lancy-Pont-Rouge and Eaux-Vives.

The project of Swiss Federal Railways (SBB) and France’s national train system SNCF, the Léman Express comprises a network of 45 stations and 230 kilometres of track, extending beyond the Geneva into Vaud as well as France. Covid-19 self-tests will be available from April 7th

‘Travel Pass’ to be inaugurated

In April, Switzerland will welcome air passengers with the Travel Pass from the International Air Transport Association (IATA), which will be carried out by Air Serbia on the Belgrade-Zurich route.

The goal of this experimental initiative is to allow passengers to fly as safely as possible, despite the Covid-19 pandemic.

The wait for Switzerland’s vaccine passport is set to go on a little longer unfortunately, with officials saying in late March that this will not be available until the summer.

As at April 1st, Switzerland has administered 16.6 vaccine doses per 100,000 inhabitants. In Uri this is over 20 percent, in Zurich it’s around 13 percent.

As it stands, only the Moderna and Pfizer/Biontech vaccines are being injected in Switzerland.

Switzerland has purchased 5.3 million doses of AstraZeneca but has not approved it, while the Johnson and Johnson vaccine has been approved but the Swiss government has not agreed to purchase any doses.

While there is no guarantee at this stage, this could change in April – allowing the Swiss vaccine roll out to speed up.

Switzerland has indicated that despite concern surrounding the AstraZeneca vaccine, the independent approval authority was still making an assessment as to whether it should be approved – therefore this could happen in April.

As for Johnson and Johnson, the Swiss government declined to purchase the one-dose jab, saying it would not be ready until after the summer.

However, in late March it emerged that deliveries of the vaccine to the EU would begin in April – giving rise to hopes the government will reverse its decision and purchase AstraZeneca doses.

Ski season comes to an end

Unlike most of Europe, Switzerland kept its ski slopes open during winter in spite of the pandemic.

However, winter is doing what the Swiss government did not and closing down the Swiss slopes, with most ski resorts closing at some point in April.

So if you want to get back out there, you’ve only got a few weeks. Click here to see when each Swiss ski resort closes.