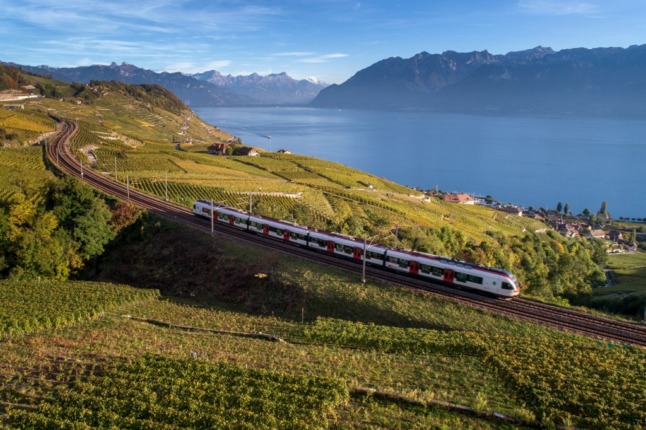 With the new ticket format, riding Swiss trains will be cheaper. Photo by Fabrice Coffrini / AFP

The number of fully vaccinated people in Switzerland underestimated

The official percentage of residents who have had two shots of the Covid vaccine is 51.76 percent, according to the Federal Office of Public Health (FOPH).

However, it appears that the actual number is slightly higher. That’s because thee official figure only takes into account people who received the reglementary two doses of the vaccine, but it doesn’t include rose who had a single shot after recovering from Covid.

They too are considered as fully vaccinated and receive the Covid certificate.

FOPH is still calculating the exact number of immunised residents, but the figure is not expected to be significantly higher or reach the EU level of 57.21 percent health officials said.

READ MORE:Covid-19 vaccines: Why is Switzerland lagging behind other EU countries?

“Anyone who opposes vaccination should fill out a form confirming they don’t want to be hospitalised if they get Covid”, cantonal head of health, Natalie Rickli, told the Tages-Anzeiger newspaper.

She added that such a move “would be consistent”  with the anti-vaxxers’ beliefs.

The suggestion is similar to the one put forth on August 23rd by Rickli’s Geneva counterpart, Mauro Poggia, who said that people who refuse the vaccine and get infected with coronavirus should pay at least part of the costs of their hospitalisation.

SwissPass Alliance, an umbrella group for public transportation companies,  announced the launch of a project to test new forms of travel subscriptions and pricing.

Under this new concept, a customer purchases 1,000 or 3,000 francs worth of credit, paying 800 or 2,000 francs, respectively.  With this money, they can buy tickets and day passes for a year.

If the purchase price  is not fully used within one year, the unused credit is refunded.

The goal of the new forms of subscription is to “meet customer needs, allow more flexible use of public transport, and be available digitally”, SwissPass said in a statement.

Some medical products bought abroad could be covered by Swiss insurance

The Federal Council wants to end the principle of “territoriality” for simple, easy-to-use pharmaceutical products purchased by Swiss residents in foreign countries.

These purchases — for example, adhesive bandaids and similar items — will be refunded by Swiss health insurance, but only if bought in the EU or EFTA states.

However, the insurance will not pay for a medical product or device whose use requires instructions or medical supervision; their costs will be reimbursed only if purchased in Switzerland.

The lights will be programmed to allow in only 80 percent of vehicles that usually pass through customs.

These lights will operate from Monday to Friday, 6 am to 8:30 am, in the direction from France to Switzerland, as this is the usual flow of traffic of cross-border workers.