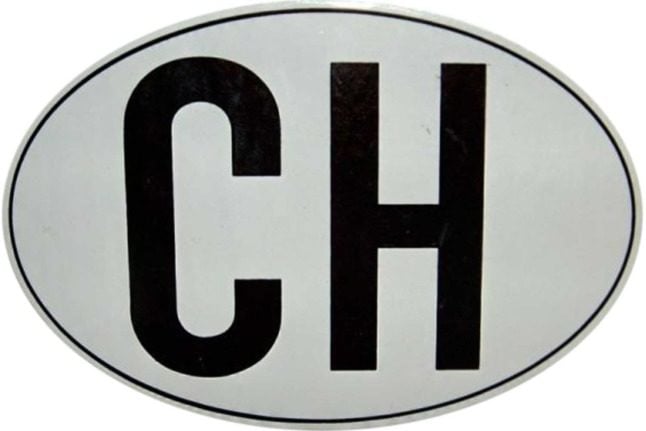 And if you think this abbreviation is as random as sticking two letters together haphazardly, that is also incorrect: if you have lived in Switzerland for at least five minutes, you should know that the Swiss leave nothing to chance.

In fact, the CH code has its roots in history — long before internet domain names, postal codes, or cars were invented.

What’s in a name?

As far back as 500 BC, Celtic tribes settled in what is now Switzerland. The most important among those tribes — both in numbers and strength — were the Helvetians, who gave this region their Latin name, Confœderatio Helvetica, the Helvetic Confederation.

So the CH code is the abbreviation of the original name.

The name “Helvetia” stuck, in various forms, throughout the Roman occupation of the region from the 1st to the 5th century AD.

When the nucleus of present-day Switzerland was formed in 1291, Helvetia became the Swiss Confederacy — Eidgenossenschaft in German, as it was the only dialect spoken at the time (the country had no French or Italian speaking territories until much later).

When other linguistic regions were annexed between the 15th and 18th centuries, terms such as Confédération suisse and Confederazione Svizzera came into existence.

Why is CH designation still used to this day?

Other countries have their own, and perhaps more logical, abbreviations — for instance, FR for France, IT for Italy, DE for Germany (Deutschland), and AT for Austria.

Switzerland can’t use “S” or SE” as Sweden got the first dibs.

So CH fits the bill for both historical and practical reasons.

With four official national languages, it is important to have just one code for the entire country rather than a different one for each linguistic region.

CH seems to be a reasonable compromise, especially as it is anchored firmly in Switzerland’s history.