The EU saw a population decline in the past two years.. (Photo by Sebastian Meier on Unsplash)

But for those who have lived in Switzerland for a while, they’ll no doubt know that it is the ‘unwritten rules’ which really keep the country together.

If you aren’t familiar with them, then there’s a good chance you’ve been annoying your Swiss and not-so-Swiss friends in various ways.

We broke down some of the most common unwritten rules in the following report.

Which unwritten rule should become law?

In March 2022, we asked Local readers about which unwritten rules they liked so much that it should become law.

We listed the eight from our report above, along with encouraging people to add in their own unwritten rule.

The eight we listed were: 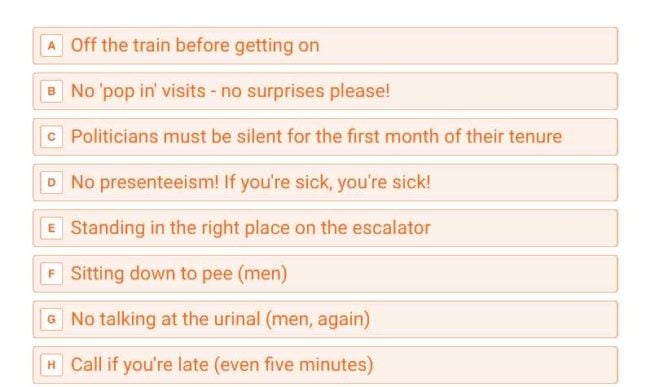 While each of these is not (yet) on the statute books, they are unwritten rules which are heavily enshrined in Swiss culture.

What came out on top?

We received 35 responses to our survey, which is a relatively high number for Local polls.

A third of our respondents (34.3 percent) said making people wait until everyone was off the train before getting on should be written into law.

As we wrote in our original piece: “This is a rule held so dearly by the Swiss that it will boggle their mind if you ask them to explain it to you.

But that’s probably because it makes complete sense, thereby satisfying the Swiss test of being logical.

When waiting for a train or an elevator, wait for those on the train/elevator to get off or out before you try and get in.”

Please wait for everyone to get out first before getting on the train (or elevator).

Slightly less – 31.4 percent – said people should be made to stay home if they are sick, rather than the culture of presenteeism which is often seen in English-speaking countries.

These two were head and shoulders above the rest of the list.

In equal third place, 8.6 percent of readers said politicians should be silent for the first month of their tenure and people should be made to call if they are late (even if its just for five minutes).

One respondent voted for each of the following: no pop in visits, men sitting down to pee and standing in the right place on the escalator.

Our final suggestion – no talking at the urinal – got no love from our readers.

What did our readers add?

We also gave Local readers the opportunity to weigh in with their own suggestions for Swiss unwritten rules they felt should be on the books.

Ivana, from Geneva, said the Swiss practice of standing up on public transport for elderly people should be enshrined in the statutes.

Another, from Basel, said Switzerland’s neighbourly respect should be enshrined in the law books, although your neighbours might get a little tired of you asking permission to talk late at night.

“No loud music or talking after 10pm without consulting your neighbours.”

Some seemed not to understand the exercise and called for a range of other laws to be implemented which aren’t already embedded in Swiss culture.

Two readers called for “smiling more” to be enshrined into Swiss law – a wishful and ambitious cultural change perhaps.

One reader said cyclists should be fined for not wearing lights at night, although lights are already required at night under Swiss law.

Richard, from Bern, said the Swiss legal system should be amended to outlaw “whistling on a Tuesday”, which sounds like a request with a very personal story behind it. 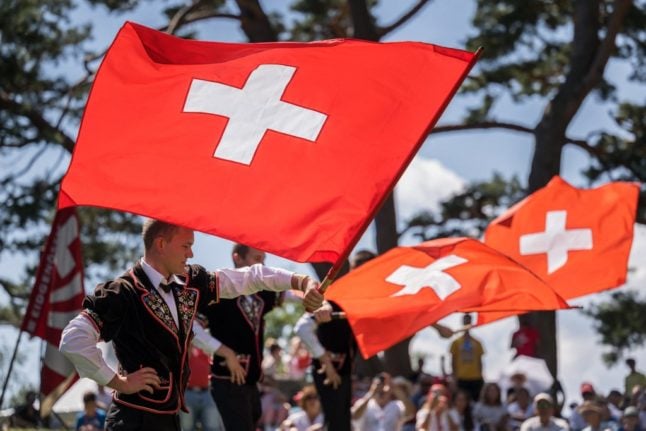 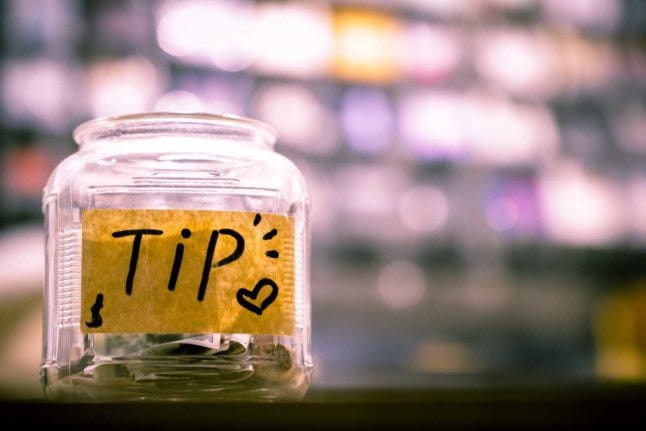