ANALYSIS: Why is Swiss solidarity with Ukrainian refugees waning?

There are about 50,000 Ukrainian refugees in Switzerland at the moment. But though they were welcomed with open arms at the beginning of the war, hospitality now seems to be wearing thin.

We all remember heartbreaking photos of Ukrainian women and children fleeing the war after Russia invaded their country on February 24th.

Like many other European nations, the Swiss opened their hearts and borders to these people, with both the government and population moved by empathy toward the innocent victims of war.

READ MORE: How Switzerland is supporting refugees from Ukraine

Swiss authorities even activated a special permit, the so-called Status S, authorising Ukrainian refugees to live and work in Switzerland for up to a year — a period that could be extended if the war isn't over by then.

Refugees from other countries meanwhile have to wait for three months before seeking permission to work in Switzerland.

Status S also grants Ukrainians free health care, language courses, as well as financial aid, the amount of which depends on the canton of residence.

Initially they were entitled to free use of public transport across Switzerland, but that perk expired on May 31st, with some cantons replacing the federal scheme with their own free, limited-zone transport schemes. 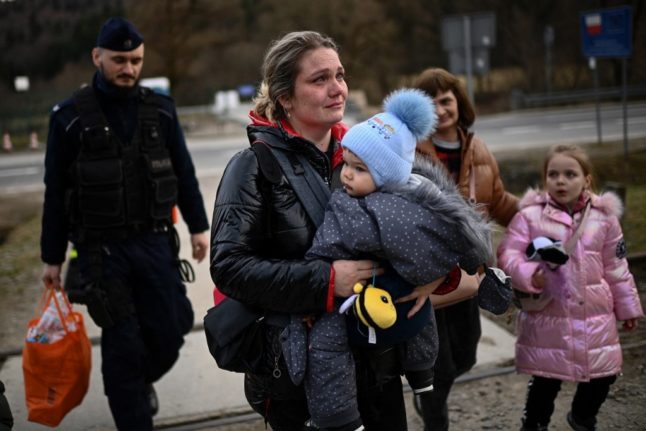 There were a number of reasons for this unprecedented show of generosity, one of which was the suddenness and severity of the Russian attack.

“When something like this happens, we are moved, we react”, said Etienne Piguet, vice-president of the Federal Migration Commission, in an interview with the Arcinfo news outlet in April.

Also, the refugees were “mostly women and children, and that plays a role. These are people for whom we have the most compassion”, he added.

By contrast, the majority of refugees from other countries, such as Afghanistan and Syria, who are currently in Switzerland, are young men.

The population also reacted swiftly, offering accommodation in their homes as an alternative to refugee centres.

However, Piguet warned that this solidarity “will inevitably crumble”. And he was right.

There now appears to be a shift in how some people here reacted to the influx of refugees in February and March, versus now.

About 24,000 Swiss households offered to take in Ukrainian refugees, but most of the places offered “remain unoccupied to this day”, according to media reports.

In fact, only 4,500 Ukrainians were placed with private families to date, while others remain in public structures such as federal asylum centres, civil defense facilities, or former military camps reassigned for the purpose. 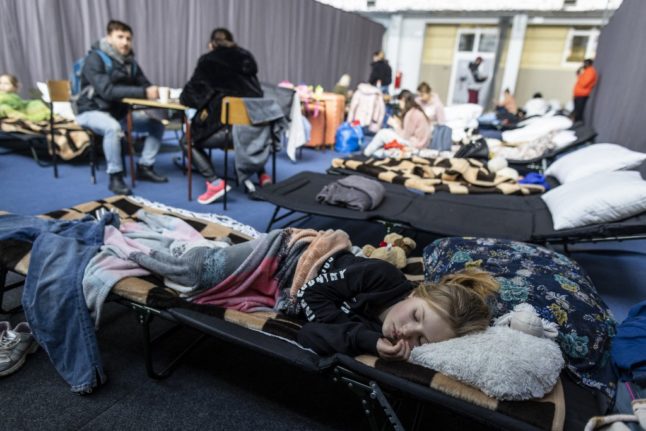 Is this really better than private housing? in Photo by Wojtek RADWANSKI / AFP

Why do authorities prefer the less-comfortable group housing in spartan conditions to accommodation in private homes?

“Some cantonal authorities first want to use the emergency spaces set up, which they have created with great effort”, according to Gaby Szöllösy, Secretary General of the Conference of Cantonal Directors of Social Affairs.

But that's not the only reason.

A number of families who took in refugees during the initial wave of solidarity are now having second thoughts about the spontaneous gesture.

Cultural differences and divergent expectations have reportedly sparked tension and conflicts within some host households.

Having guests over an extended period of time “really changes the organisation of a home”, said a retiree from the French-speaking part of Switzerland, who welcomed a mother and her two children into her house.

Others, while driven by noble intentions of offering a home to victims of the war, eventually found their guests to be “too pushy”, “too demanding”, or “disrespectful” of household members and rules, and asked authorities to move the refugees out of their homes.

Still others said they were “fed up” with what they perceive as ungratefulness and unreasonable demands on the part of the refugees.

People who hosted refugee families in Switzerland have compiled a list of comments from their guests, including:

In some cases, people are now also questioning whether some of those who have received the S status are genuine political refugees or just economic immigrants.

One reader of the 20 Minutes news platform, for example, claimed that some Ukrainians “drive luxury SUVs. These are the normal cars of the pseudo Ukrainian refugees who plan to settle permanently in Switzerland. They take the Swiss for morons".

However, although some of the original compassion has clearly worn out, many people in Switzerland remain dedicated to providing a safe and comfortable haven for refugees.

It remains to be seen whether Swiss solidarity will continue to weaken or can remain strong over time.