Is it worth opening an online 'neobank' in Switzerland?

Switzerland is a nation of banks but these days not all of them fit the traditional image of massive buildings with underground vaults where all the money is stashed. In fact, some banks are not located in physical buildings at all.

If you walk along Zurich’s famous Bahnhofstrasse, or Geneva’s downtown area around the rue du Rhône, you will see that a lot of prime locations are taken up by banks — both commercial and private.

Nobody would expect any less because these two cities, and Switzerland in general, have one of Europe's highest per-capita concentrations of super-wealthy people.

However, these imposing buildings are no longer the only places where you can conduct your financial transactions. 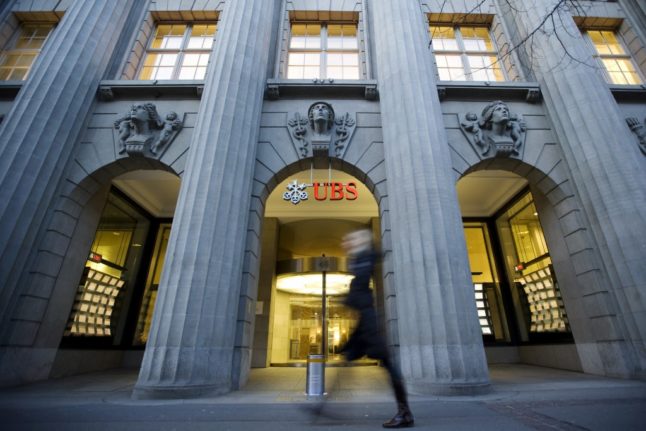 Welcome to the second decade of the 21st century and the ‘new’ generation of (neo)banks.

What are neobanks and what services do they offer?

As you may have guessed by the prefix ‘neo’, this is a relatively new concept, which provides virtual rather than physical banking services via a mobile app or website.

Neobanks have been growing in popularity around the world, including in Switzerland, where several are active, according to Moneyland price website.

With names like Revolut, Wise, Neon, Yuk, Zak, and Yapeal, you may think they sound too funky to entrust your money to.

However, even established Swiss banks like Credit Suisse operate neobanks in addition to their conventional banking services, so the concept itself is not necessarily more risk-prone than traditional approaches.

In fact, all banks in Switzerland must meet the legal requirements laid down by the Swiss Financial Market Supervisory Authority (FINMA).

This means neobanks must “have sufficient capital and liquidity, be organised in such a way as to be able to manage risks, and offer the guarantee of irreproachable management”, according to FINMA spokesperson Vinzenz Mathys.

Whether or not you should open a neobank account depends on what you are looking for. If you hate conducting business through apps or online, and if you prefer a person-to-person contact, then neobanking is clearly not for you.

But if you are just the opposite, you may find this kind of banking more satisfying.

How can you open a neobank account in Switzerland?

That you must do entirely online.

As far as requirements, according to Neon bank you need be over 16, be a permanent Swiss resident. and provide a valid identity document — either from Switzerland or from one of these countries; in the latter case, you must also submit your B or C  permit.

The question that jumps to mind is: can Americans living in Switzerland open an account as well, given the difficulties they have had in this regard.

Rules may vary from one neobank to another, so you should check.

So which Swiss neobank is best?

Moneyland analysed seven neobanks operating (virtually) in Switzerland to find which one offers the cheapest services for various transactions.

These are some of the findings:

For credit card transactions, “Revolut and Wise are the cheapest, with both costing less than 60 francs per year for the user profile. In third place, Neon is the most affordable at 74.90 francs per year".

On the other hand, Credit Suisse’s neobank CSX is most expensive, with costs of up to 268.65 francs per year. "So the costs of the most expensive offer are almost five times higher than those of the cheapest offer", Moneyand said.

READ MORE: ‘Huge differences’: How you can save money on Swiss credit cards

In terms of costs for services offered, the good news is that “all of the neobanks included in the comparison have offers with no basic account fees", Moneyland found.

However, many neobanks also offer premium accounts that cost money.

CSX, Yapeal, and Zak, for instance, have paid accounts which include complimentary cash withdrawals at select ATMs or at all ATMs for fees between 47.40 and 96 francs per year.

Also, Yapeal doesn’t include bank transfers in its no-fee account, but offers this service in its paid accounts.

You can find more information about neobanks’ fees and services here.