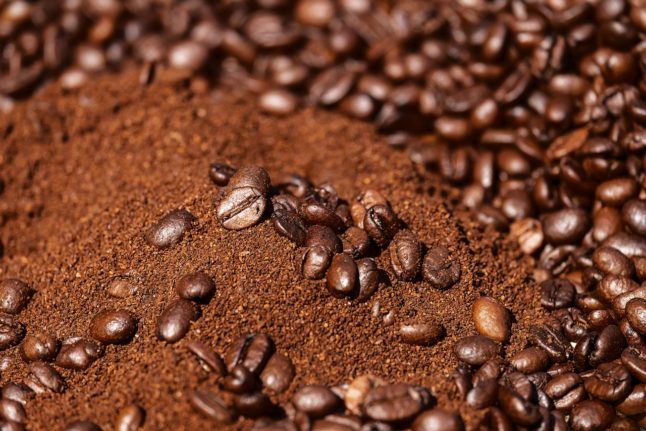 Coffee is one of the foods whose price increased due to war and inflation. Photo: Pixbay

Switzerland is known for being expensive, but in recent months the cost of living has risen higher.

Uncertainty surrounding the Covid pandemic since the first lockdowns were imposed in early 2020 led to problematic economic consequences, which in turn led to inflation.

READ MORE: How to protect your savings against inflation in Switzerland

Inflation in Switzerland stood at 2.2 percent at the end of February, which is obviously not a good thing but it is still significantly lower than in many other countries. For example, inflation rate is 5.8 percent in the EU. 6.2 percent in the UK, and 7.9 percent in the United States.

So the situation in Switzerland is better than elsewhere, as it usually is during times of economic uncertainties.

“We have been confronted with rising energy and raw material costs since last autumn, but the war in Ukraine has made the situation even worse”, said Migros CEO Fabrice Zumbrunnen.

Which prices have increased the most?

The sector most impacted by the war  / inflation is energy — namely natural gas, petrol, diesel and heating oil.

The prices of petroleum products in Switzerland rose by 6.1 percent after the invasion, according to a report by SRF public broadcaster.

The increase is not surprising per se, as Switzerland imports Russian natural gas and oil for energy production. While the reliance on Russian oil is comparatively minimal, Switzerland has a heavier dependence on natural gas from Russia, which provides around an eighth of Switzerland’s total energy supply.

As a result, a litre of unleaded grade 95 petrol, whose price hovered just below 1.90 francs before the war, now costs around 2.30 francs in many Swiss regions, and it likely won’t stop there.

According to the Economy Minister Guy Parmelin, the price of 4 francs per litre cannot be ruled out. “That is one possible scenario”, he said.

What about other prices?

Here the news is both good and bad — relatively speaking.

Food and non-alcoholic beverages cost only slightly more now (+0.2 percent) than they did in January. But compared to the same period last year, prices even fell by 1.1 percent,  according to SRF reports.

However, this is based on average prices ​​of all foods. When taken individually, some products, such as coffee and pasta, for instance, cost more, while others, like fruit, have become slightly cheaper.

Things could become more problematic when it comes to bread.

EXPLAINED: Why is Switzerland so expensive?

Ukraine is commonly known as  the breadbasket of Europe, and there is a good reason for that: 12 percent of the world’s wheat supply comes from the Eastern-European country. It is also among the largest exporters of corn.

But only 3 percent of Switzerland’s wheat comes directly from Ukraine, with the rest sourced either locally or from the EU.

However, if the Ukrainian crisis continues, prices of bread and other wheat-based products are likely to climb. One problem could be availability and price of fertilisers used in agriculture, as natural gas (from Russia) is needed to produce them.

“We don’t know what to expect, it’s all very vague”, according to Pierre-Yves Perrin, director of the Swiss Federation of Cereal Producers.

This assessment is shared by Zumbrunnen, who pointed out that  “it is currently very difficult to make predictions about price increases because the dependencies are so great worldwide”.

Ukrainian President Volodymyr Zelensky, who will take part virtually, warned Sunday that the work ahead in the areas that have been liberated alone was “really colossal”.

“And we will have to free over 2,000 villages and towns in the east and south of Ukraine,” he said.

The two-day conference, held under tight security in the picturesque southern Swiss city of Lugano, had been planned well before Russia launched its full-scale invasion on February 24.

It had originally been slated to discuss reforms in Ukraine, but once the Russian bombs began to fall it was repurposed to focus on reconstruction.

As billions of dollars in aid flows into Ukraine, however, lingering concerns about widespread corruption in the country mean far-reaching reforms remain in focus and will be a condition for any recovery plan decided here.

Lugano is not a pledging conference, but will instead attempt to lay out the principles and priorities for a rebuilding process aimed to begin even as Russia’s war in Ukraine continues to rage.

Ukraine’s ambassador to Switzerland Artem Rybchenko said ahead of the conference that it would help create “the roadmap” to his country’s recovery.

Zelensky had initially been scheduled to come and co-host the event alongside his Swiss counterpart Ignazio Cassis, but now he is due to give his address Monday afternoon via video link.

Ukrainian Prime Minister Denys Shmyhal has however made a rare trip out of Ukraine since the war began to attend, and was met at the airport Sunday by Cassis and regional leaders.

Five other government ministers were also among the around 100 Ukrainians who made the long and perilous journey, although Foreign Minister Dmytro Kuleba reportedly had to cancel at the last moment due to illness.

In all, around 1,000 people were scheduled to participate in the conference, including European Commission President Ursula von der Leyen, several government chiefs and numerous ministers.

Questions have been raised about the value in discussing reconstruction when there is no end in sight to the war.

But Robert Mardini, director-general of the International Committee of the Red Cross, told the RTS broadcaster that while the reconstruction itself could only happen fully after the bombs have stopped, it is vital to give “a positive perspective to civilians who have lost their homes, and who are struggling with anxiety and uncertainty for the future”.

Others stress the need to begin laying the groundwork well in advance, as was done with the wildly successful Marshall Plan, a US initiative that pumped vast sums in foreign aid into Western Europe to help the continent rebuild and recover after World War II.

The task is daunting.

Rebuilding Ukraine, which four months into the war has already seen devastating destruction, is expected to cost hundreds of billions of dollars.

The effort will require “colossal investments”, Zelensky acknowledged at the weekend.

Kyiv School of Economics (KSE) has estimated the damage done so far to buildings and infrastructure at nearly $104 billion.

It estimated that at least 45 million square metres of housing, 256 enterprises, 656 medical institutions, and 1,177 educational institutions had been damaged, destroyed or seized, while Ukraine’s economy had already suffered losses of up to $600 billion.

Simon Pidoux, the Swiss ambassador in charge of the conference, said that it was too early to try to estimate all the needs, insisting Lugano instead should provide “a compass” for the work ahead.

“I think the effort will last for years if not decades,” he said.

While not a donor conference, a number of participants are expected to make new pledges and propose frameworks for providing more funds.

The European Investment Bank will for instance propose the creation of a new Ukraine trust fund, which with investments from EU and non-EU states could eventually swell to 100 billion euros, according to sources familiar with the draft plans.

The proposal, which is due to be announced Monday afternoon, aims to create a platform able to generate investment towards reconstruction, and also towards Ukraine’s EU accession goals, they said.

British Foreign Secretary Liz Truss is meanwhile due to set out her country’s vision for the rebuilding, according to a statement. In her comments to the conference Monday, she is expected to highlight the importance of Ukraine’s full recovery from “Russia’s war of aggression”. That, she will say, will be “a symbol of the power of democracy over autocracy.”