Eight Swiss culture shocks that may take some getting used to

Life in Switzerland can look much like life elsewhere, but there are some aspects that can certainly take a while to get used to. Originally from the United States, Zug-based Ashley Franzen takes us through eight surprises of her new life in Switzerland.

Moving to Switzerland can be challenging no matter where you are from. A wide variety of differences - in everything from language to climate - can take more than a little while to get used to.

Here are eight culture shocks (some) foreigners might experience when moving to Switzerland.

We've tried to avoid the obvious stereotypes and gone with a few observations that may actually surprise you.

It seems like Swiss people are often up with the sun-- and in the summertime, that’s especially early! With people getting up on the earlier side to start their day, it means that many things also start a bit earlier: kids are off to daycare, and stores open their doors earlier, too.

READ MORE: The downsides of Geneva you should be aware of before moving there

The flip-side is that things close earlier, for instance supermarkets close around 6pm across much of the country.

A work-life balance is quite important to the traditional family culture in Switzerland.

Health, fitness and quality local nutrition are pretty important in Swiss culture. Whether you’re out in summer swimming in the lakes, bike-riding through the countryside, or skiing in the winter, Swiss people are always on the move.

Some people like to be on the move on their own, but others prefer to join a club or group sport so as to have the opportunity to socialise in addition to taking care of themselves. 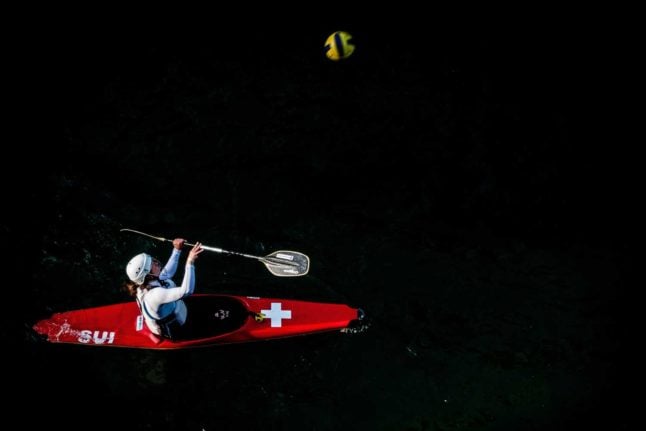 Whether amateur or professional, the Swiss love to be active. Photo by Jorge Romero on Unsplash

Swiss people of all ages and backgrounds are engaged and involved in clubs, voluntary work, and activities put on by organisations or local groups. With diversified interests and lots of outdoor recreation, Swiss people like to come together and work, play, and socialise.

The club culture is a very large part of what it means to integrate into Swiss culture.

‘Suspicious of the unknown’: Is it difficult to make friends in Switzerland?

As an expat, it can be hard to meet people and make friends. Fortunately the kids will do so naturally through school, but for adults it’s a different story.

She explains a bit more about the changes and difficulties in making close friends. “It’s not a joke when they say the Swiss are like coconuts and Americans are like apricots. Apricots are really fleshy on the outside, and everybody’s your friend on the outside, but you have this core group of friends on the inside-- the pit. Whereas the coconut is really hard to crack, but once you get inside-- and it’s tough-- but you’ll be friends for life.”

A big part of Swiss culture is setting a good example. If an individual is riding their bike and needs to go across a crosswalk, they’ll dismount, more often than not.

Kids are always observing, so it’s important to the Swiss to set an example of crossing the street at crosswalks and dismounting from a bike in order to cross the street safely. They learn from an early age how to stay safe and care for others in shared spaces.

Nudity? BBQs? What you can and can’t do on your balcony in Switzerland

For example, most children have a street and bike safety course that’s given in school.

A police officer comes in and relays the rules of crossing the road (stop, wait, look, walk) at crosswalks and teaches children how to operate their bikes around town, including dismounting to walk their bikes across the street.

They are taught how to signal, they go on practice rides during school, and even have a test making sure they know the rules. This sets up a society that has had the same instruction and knows the same rules. (Additionally, it encourages riding bikes as a mode of transportation, and the infrastructure for bikes in Switzerland is fantastic.)

It might not seem like much at first glance, but people take quiet times very seriously. This is especially true in buildings that aren’t very sound-proof. You’ll likely hear stories of people calling the police on loud neighbours, so anything loud, such as drilling or hammering, is a no-go, especially on Sundays.

In older buildings, there are even rules about whether or not you can use your washer and dryer after 10 P.M. or even flush the toilet!

Quiet times are designated between 10 P.M. and 7 A.M., with a one-hour window of quiet between noon and one o’ clock. Sunday is allotted as a full day of quiet.

EXPLAINED: 12 weird and wonderful Swiss laws you need to know about

While a big reason for this comes from the fact that you have to buy the trash bags (in essence paying for the trash service), there are convenient recycling facilities in each and every neighbourhood.

This consists of various colours of glass, tins and aluminium, and often a place to donate clothes. In many grocery stores, there’s a wall for all the rest of the recycling: PET bottles, coffee capsules, batteries, dead light bulbs, and more.

The Swiss are very proud of their natural environment and work hard to keep it that way.

Switzerland has a strong culture of social trust. Kids as young as four are walking to and from school or activities-- and it is completely normal! Isabel Falconer, who moved to Switzerland from France 14 years ago says, “You know what’s interesting? I find it’s like the way my kids are growing up now is exactly the way my husband grew up 45 years ago; nothing has changed.”

Part of integrating is getting to the point where you can allow your own children to do this. Neighbours and communities keep an eye on the kids as they walk around their neighbourhood, and there are crossing guards at major streets.

READ MORE: How different is raising kids in Switzerland compared to the United States?

Many parents wouldn’t expect their children to come home for lunch during the school day, let alone have enough time to actually sit and enjoy their meal.

Although this tradition might be changing in some parts of the country, home-for-lunch is a great way to connect with the kids over a  meal at home. Unfortunately for most career positions, the two-hour lunch is limited to schoolchildren.

Is there anything we missed? Or are some things not as shocking to you? Get in touch at [email protected].

#Moving to Switzerland #living in switzerland